Watermelons have reputed roots in Africa, with the first recorded harvest in Egypt somewhere around 5,000 years ago. From there, they were sprouted throughout Asia and Europe. Colonists brought seeds with them to the New World, where around four billion pounds of watermelons are now produced every year.

A member of the Cucurbitaceae family with – you guessed it – cucumber, as well as squash and pumpkin, watermelons can weigh anywhere from two to 70 pounds. They grow on long vines and rest on the ground while they mature. Often oblong and light green in color, they can also be round, spotted, or striped with white bands running from end to end. 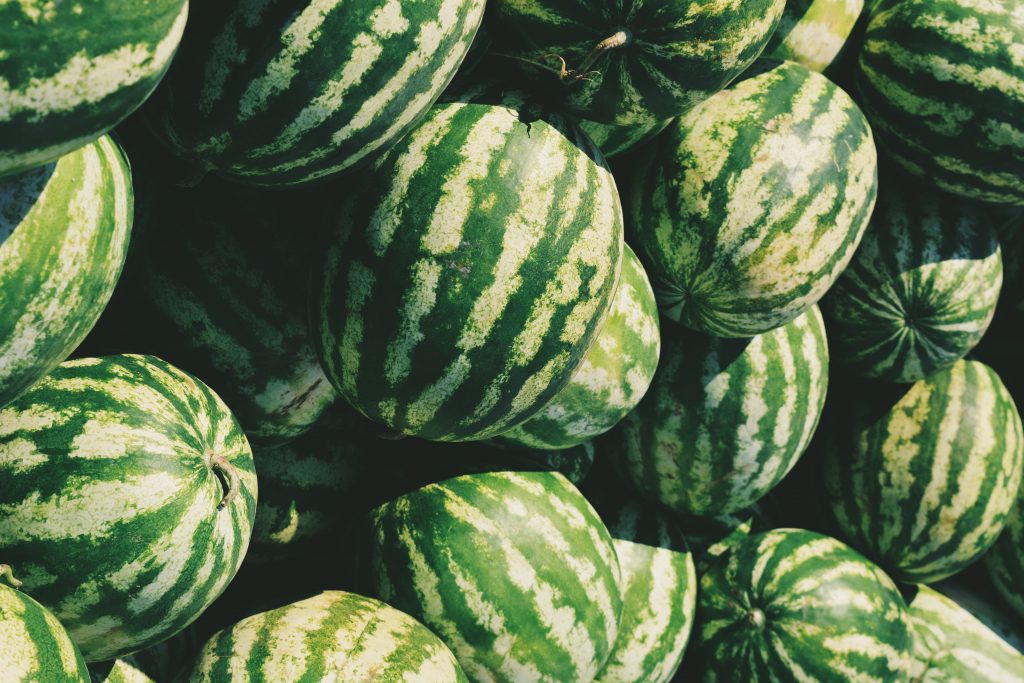 Here are some reasons you should be eating this wondrous fruit.

Lycopene is a powerful carotenoid antioxidant that gives fruits and vegetables a pink or red color. It’s most often associated with tomatoes, but watermelon is actually a more concentrated source.

Compared to a large fresh tomato, one cup of watermelon has 1.5 times the lycopene (6 milligrams (mg) in watermelon compared to 4 mg in a tomato).

If you have a juicer, try juicing about one-third of a fresh watermelon and drinking its juice prior to your next workout. This contains a little over one gram of l-citrulline, an amino acid that seems to protect against muscle pain.

One study found that men who drank natural unpasteurized watermelon juice prior to their workouts had reduced muscle soreness 24 hours later compared to those who drank a placebo.

You do need to be careful with drinking watermelon juice, though, as it contains a significant amount of fructose. It may be better to eat the entire fruit, or opt for these other tips to prevent muscle soreness.

Watermelon is both a Fruit and a Vegetable.

Remember how watermelon is related to cucumbers, pumpkin, and squash? That’s because it’s part vegetable and part fruit (it’s a sweet, seed-producing plant, after all). The other clue that watermelon is both fruit and vegetable? The rind is entirely edible. 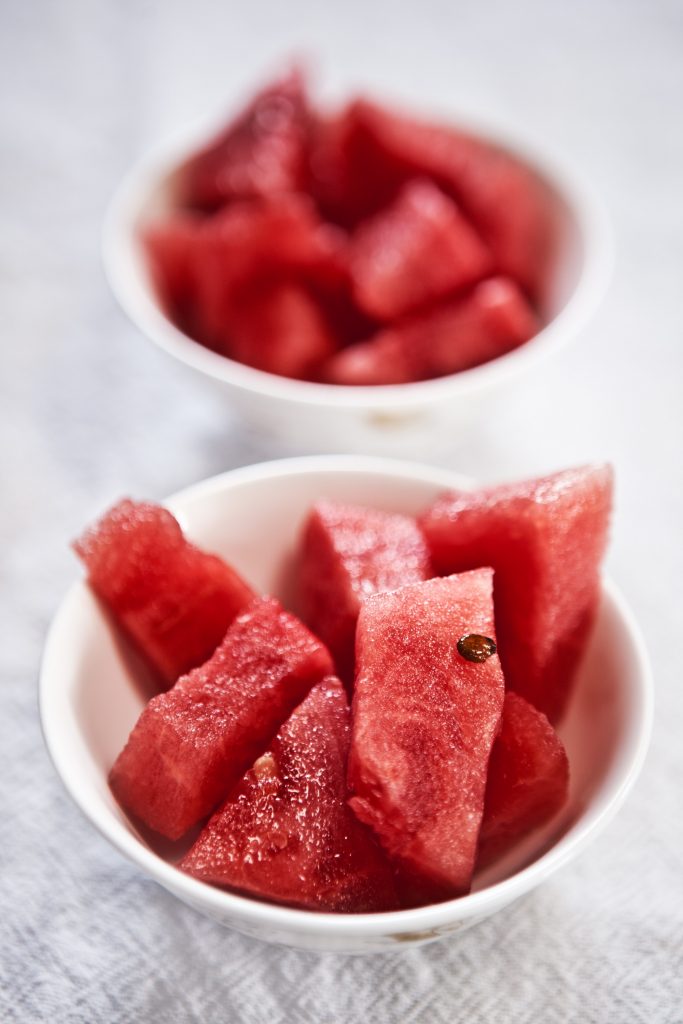 You Can Eat Watermelon Rind and Seeds.

Most people throw away the watermelon rind, but try putting it in a blender with some lime for a healthy, refreshing treat. Not only does the rind contain plenty of health-promoting and blood-building chlorophyll, but the rind actually contains more of the amino acid citrulline than the pink flesh.

Citrulline is converted to arginine in your kidneys, and not only is this amino acid important for heart health and maintaining your immune system, but it has been researched to have potential therapeutic value in over 100 health conditions.

While many people prefer seedless watermelon varieties, black watermelon seeds are edible and actually quite healthy. They contain iron, zinc, protein, and fiber. (In case you were wondering, seedless watermelons aren’t genetically modified, as they’re the result of hybridization.)

This might not be surprising, but it’s still a fun fact; watermelon is more than 91 percent water. This means that eating watermelon with you on a hot summer day is a tasty way to help you stay hydrated and avoid dehydration (it’s not a substitute for drinking plenty of fresh water, however).

Some Watermelons Are Yellow.

The Yellow Crimson watermelon has yellow flesh with a sweeter, honey flavor than the more popular pink-fleshed Crimson Sweet. It’s likely that yellow watermelon offers its own unique set of nutritional benefits, but most research to date has been focused on the pink-fleshed varieties. 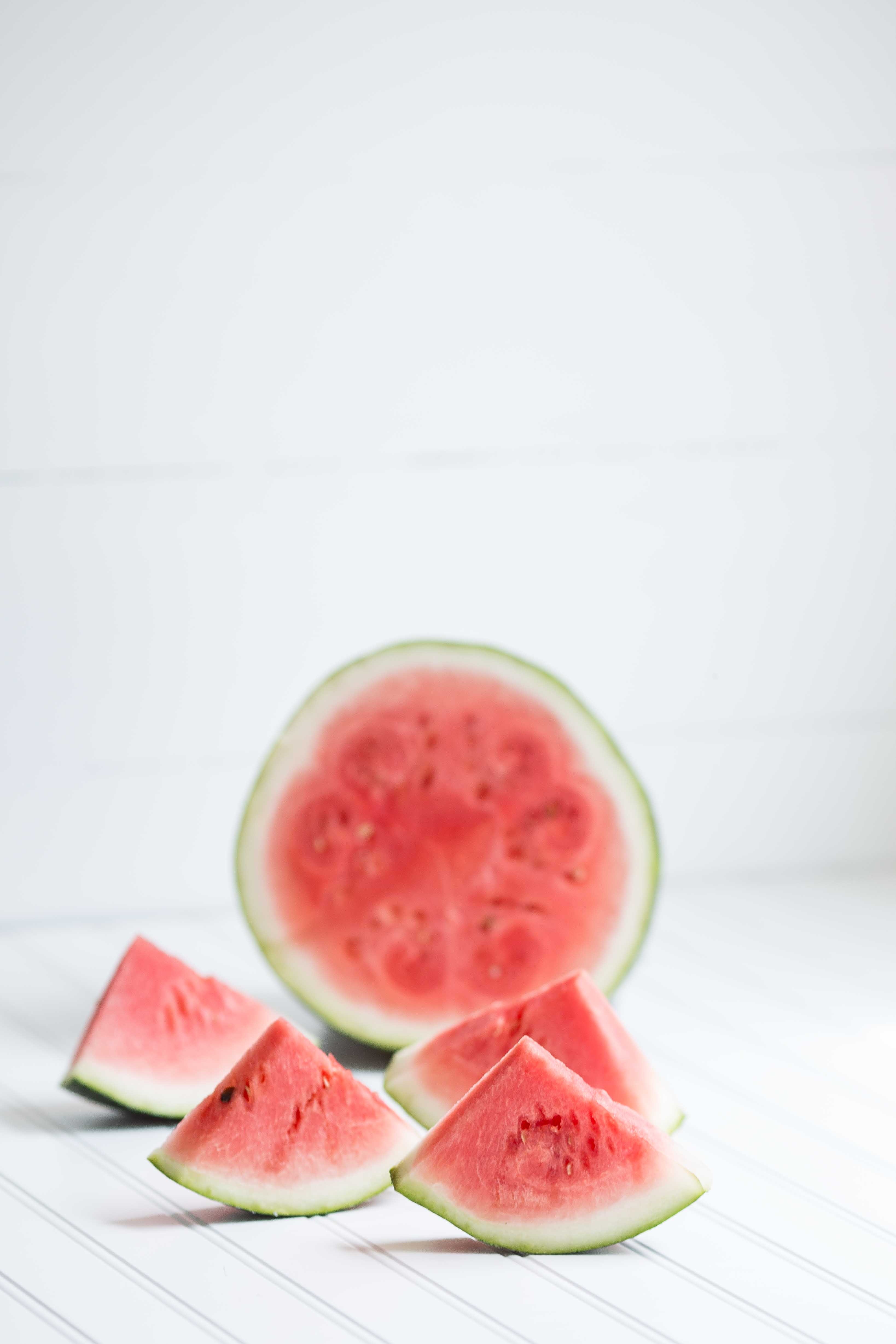 New research also highlights the role of watermelon nutrients on heart attack prevention, via a significant reduction in blood pressure. Obese study participants who received citrulline and arginine supplements derived from watermelon extract had significant improvements in blood pressure and cardiac stress, both while at rest and undergoing a stressful cold-water test.

Watermelon is great for Inflammation and Sexual Health.

L-arginine may also help with erectile dysfunction by helping to relax your blood vessels, including those supplying blood to your penis – and that’s why watermelon is sometimes referred to as “Nature’s Viagra.” In fact, citrulline supplementation has been found to improve erection hardness in men with mild erectile dysfunction.

It’s also believed to be a great virginal lubricant in women and aids boost female sensuality.

While being very low in calories (about 46 calories in a cup), watermelon also contains an impressive variety of other important nutrients in which many people are lacking, including Vitamin C, Vitamin B6, Potassium, Vitamin A and Magnesium.