Mandé is a family of ethnic groups in Western Africa who speak any of the many related Mande languages of the region. Various Mandé groups are found in Benin, Burkina Faso, Côte d’Ivoire, The Gambia, Ghana, Guinea, Guinea-Bissau, Liberia, Mali, Mauritania, Niger, Nigeria, Senegal and Sierra Leone. 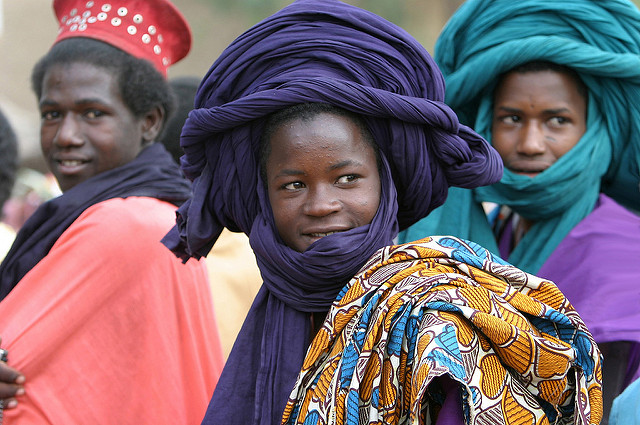 The Mandinka and Malinke people, two western branches of the Mandé, are credited with the founding of the largest ancient West African empires. Other numerous Mandé groups include the Soninke, Susu, Bambara, and Dyula. Smaller groups include the Ligbi, Vai, and Bissa.

Mande people inhabit various environments, from coastal rainforests to the sparse Sahel and Sahara. They have a wide range of cultures and beliefs, foods, and are organized by language groups.

Descendants from ancient central Saharan people, the Mandé are an identifiable language family, with associated peoples spread throughout West Africa. They are known as having been early producers of woven textiles, by a process known as strip-weaving. The Mandé have been credited with the independent development of agriculture about 3000–4000 BC; and upon this agricultural base rested some of the earliest and most complex civilizations of western Africa.

They founded the Ghana and Mali empires and led the expansion of the Songhai Empire across West Africa. 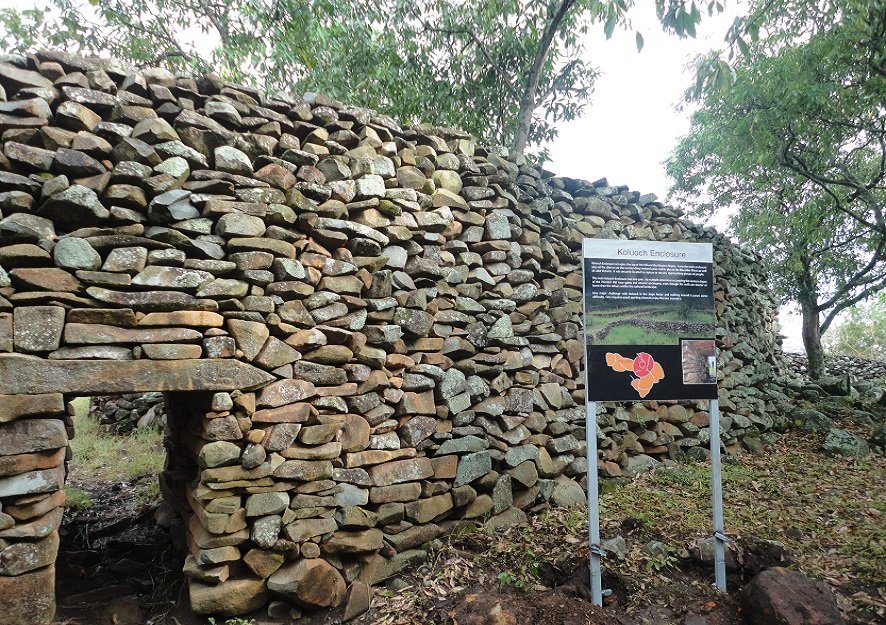 Archaeological evidence supports that they were early producers of stone settlement civilisations. These were initially built on the rocky promontories of Tichit-Walata and the Tagant cliffs of Southern Mauritania between 2500 BC and 2000 BC by the sub-group known as the Soninke. Hundreds of stone masonry settlements with clear street layouts have been found in this area. Some settlements had massive defensive walls, while others were less fortified.

In a now arid environment where arable land and pasturage were once at a premium, the population grew.

Relatively large-scale political organisations emerged, leading to the development of military hierarchical aristocracies. The agro-pastoral society had a mixed farming economy—millet production combined with the rearing of livestock. They had learned how to work with copper. They traded in jewellery and semi-precious stones from distant parts of the Sahara and Sahel.

Predominantly Muslim, the Mandé have a patrilineal kinship system and patriarchal society. They usually observe ritual washing and daily prayers of Islam; few wear Arab dress, and virtually no women wear a veil.

The most famous Mandé practices are the sanankuya or “joking relationship” among clans.

Their secret fraternal orders and sororities, known as Poro and Sande or Bundu, respectively, are based on ancient traditions believed to have emerged about 1000 CE. These govern the internal order of their society, with important rites of passage and entry into the gender societies as boys and girls come of age.

Traditionally, Mandé society is hierarchical or “caste”-based, with nobility and vassals. They also held slaves (Jonw/Jong(o)), often prisoners or captives taken in warfare, and usually from competitors of their territory. The descendants of former kings and generals had a higher status than both their nomadic and more settled compatriots.

With time, that difference has eroded, corresponding to the economic fortunes of the groups. Although the Mandé arrived in many of their present locations as raiders or traders, they gradually adapted to their regions. In the 21st century, most work either as settled agriculturalists or nomadic fishermen. Some are skilled as blacksmiths, cattle herders, and griots or bards.

The Mande culture is carried by oral histories, particularly the Epic of Sundiata. Teaching centers known as kumayoro teach the oral histories and techniques under keepers of tradition known as nyamankala. These nyamankala form an important part of Mande culture due to their role in preserving oral tradition.[7] Kela school, the most notable, is vital in perpetuating oral tradition. Because of their strong work, the versions of the Sundiata epic tend to be fairly similar. The Kela version is considered the official one and the epic is performed every seven years. The Kela version includes a written document called a tariku. This intersection of written and oral history is unique to Mande culture.[7]

The epic is typically performed in two ways: one is intended for teaching or rehearsing, and the other is more official, intended to convey the important information to a large audience. Part of the teaching performance involves the presenting of gifts from clans involved in the epic. The official version can use a musical instrument; it does not allow audience interruptions. Different Mande clans play different instruments in their performances of the epic.

The Kandasi also started a school for oral history.

The Mande languages are spoken in several countries in Africa by the Mandé people and include Maninka, Mandinka, Soninke, Bambara, Dioula, Bozo, Mende, Susu, and Vai. There are millions of speakers, chiefly in Burkina Faso, Mali, Senegal, the Gambia, Guinea, Guinea-Bissau, Sierra Leone, Liberia, and Ivory Coast.