Imaging being in a car from one of those old James Bond movies… It makes you feel like a super star doesn’t it.Well, that’s the luxury of a vintage car.

A vintage car is, in the most general sense, an old car and in the narrower senses of car enthusiasts and collectors, it is a car from the period of 1919 to 1930. Such enthusiasts have categorization schemes for ages of cars that enforce distinctions between antique cars, vintage cars, classic cars and so on.

In today’s terms, a vintage car is defined the same as a Classic. 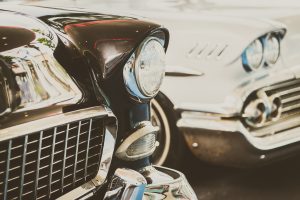 Antique automobiles and early to middle era classic cars do not have the safety features that are standard on modern cars. The most rudimentary of safety features, front wheel brakes and hydraulic brakes began appearing on cars in the 1920s and 1930s respectively.

For the average person, car collecting is an aspiration but it is one of the most luxurious hobbies of the rich to own vintage cars.

A person can have a fascination with a certain vehicle, or have a history with one. This would make the person seek out a particular make or model.

Finding such a vintage car at an affordable price is not always hard but the price will depend on the condition or the desired end result. A vehicle that requires less work is more expensive than a car that needs a lot more restoration.

Comedian and avid car collector Jay Leno stated, “Any car can be a collector car, if you collect it” 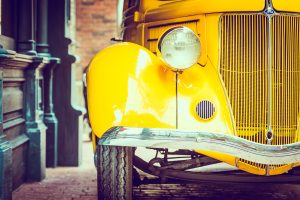 A collector’s vintage car must have certain special intrinsic qualities that are common to other investors or collectors of both short and long term.

Cars that were made in small numbers or often have a higher value but can be more difficult to maintain.  Other models were produced in such quantities that the price is still not inflated. 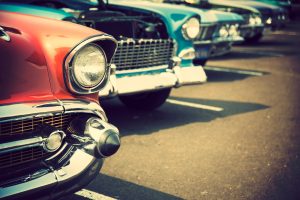 Market trend is an important part in the price of a vintage car. An “almost” original and in perfect shape Model A that was abundantly produced can be purchased for $20,000.00. A collector as an investor would have to know the potential market and have a belief that the future market will bring a return on an investment.

Determining the value of a vintage car can be difficult, as there are many different factors that can potentially influence the price. The age, condition, rarity, modifications, vehicle history and mileage can all drastically change a car’s value, among other factors.

However, in recent years, services have begun providing classic and vintage car valuation data to the public, by establishing baseline prices for vehicles in various conditions and publishing marketing trends and forecasts.

As a result of the variability in car values, most insurers offer agreed value insurance coverage for classic cars. Agreed value coverage involves both the owner and insurance company agreeing on the car’s value and insuring it for the agreed amount, as opposed to insuring the car based on industry standard or an average published value