It is very probable that humans discovered The Ruby around 3000 BC. The famous Mogok mining area of Burma (now the Union of Myanmar) has been so heavily mined for so many thousands of years.

There are documented references to the ruby from far back then in history.

The Old Testament describes the “ruby” in a high priest’s breastplate. Ancient Sanskrit texts honor ruby with the word “ratmaraj,” meaning “king of precious stones.  Through time, a number of other gems have achieved glory by association with ruby.

The Ruby originates from the Corundum family. Ruby’s coveted red ranges from medium to dark orangy red to purplish red. Red must be the dominant color for corundum to be considered a ruby. Some gems come in ruby-like colors, and they’re often given names that link them to ruby. These include “rubellite” for red tourmaline, “rubolite” for red opal, “rubicelle” for red spinel, and “rubace” for red-stained quartz. 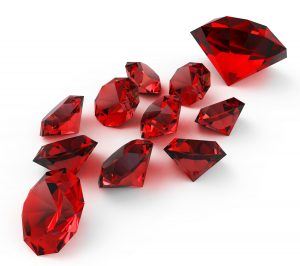 Ruby in its reddest state inspired the notion that rubies could cure blood disorders or heal wounds.

People from the distant past swallowed rubies whole or pounded them into powder and put them into a liquid or pasty mixture, which they then rubbed on their skin.

According to thirteenth-century medical literature from India, rubies were believed to cure digestive disorders. Warriors in Burma inserted rubies under their skin so they would not be wounded in battle. People once believed rubies could ensure a peaceful life.

Wearing ruby, they thought, could bring health, wealth, wisdom, and love. People believed that if you wore a ruby in a ring on the left hand or in a brooch on the left side, it would give you a magical ability to live in peace among your enemies.

The name Burma is practically synonymous with fine-quality ruby. Political changes led to the renaming of the country as Myanmar, but many people in the gem trade still refer to Burma when they talk about the source of the world’s most prized rubies.

The Island nation of Madagascar has also emerged as an important ruby source today. Ruby production began there in early 2000’s. The area had already been a blue sapphire source, and since then it has become an important supplier of ruby as well. 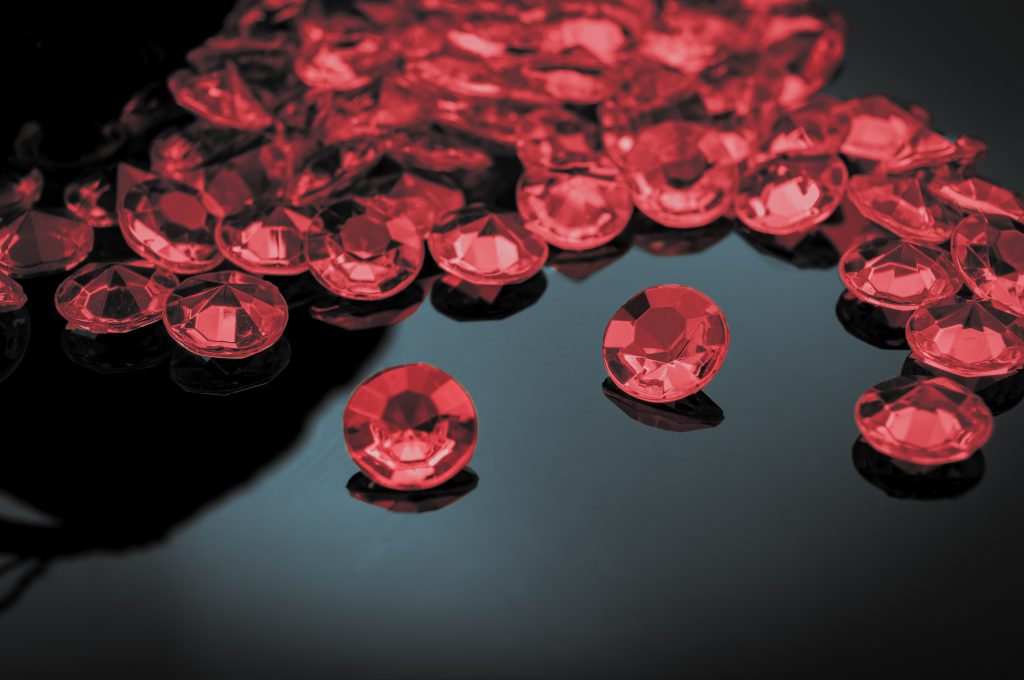 Sri Lanka is also a significant producer, yielding steady supplies to the ruby market. The quality of rubies from Thailand, Cambodia, and Vietnam sometimes rivals Myanmar’s output. Afghanistan, Kenya, Malawi, and Tanzania are a few of the world’s other ruby sources.

The Ruby was the first gem ever to be synthesized in 1902 through the flame-fusion process by Auguste Verneuil. Currently there exists several other methods being used to synthesize the gem. One of the most difficult challenges for gemologists today is differentiating synthetic rubies from natural ones.

Many ruby imitations are natural materials. A good example is the red spinel which grows in or near ruby deposits. This happens in Burma’s Mogok mine. This source location makes the red spinel very deceptive. 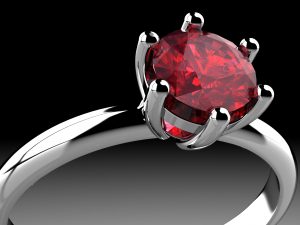 Regardless of Thailand’s declining production of ruby rough, its role as a major ruby trading center influences the entire market. It’s a common Thai practice to highlight the red color of rubies by heat-treating them and removing purple or brown overtones. The procedure becomes controversial, however, when they pack the rubies in borax powder.

Some corundum is also subjected to lattice diffusion treatment to create a red color. The new color can be shallow, so some treated stones should not be repolished. Scratches, chips, and other surface damage can also remove or damage the treated color.

Dyeing is another possible corundum treatment. Lower-quality corundum with surface-reaching fractures might very well be dyed red to look like a Ruby. 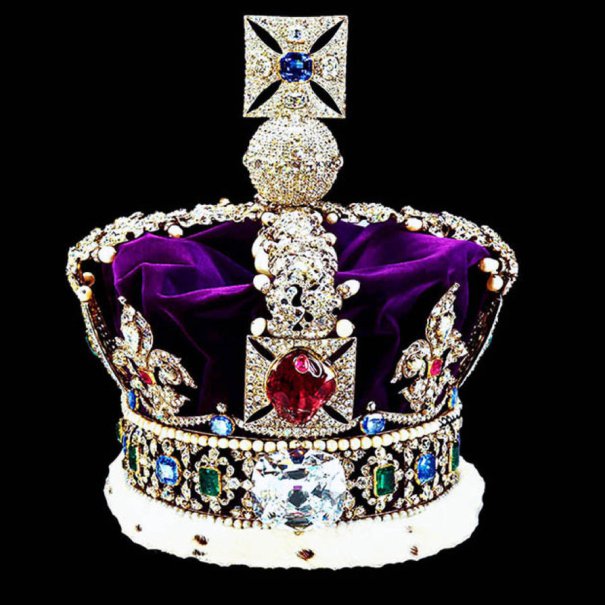 The Timur Ruby, Catherine the Great’s Ruby, and the Black Prince’s Ruby have all taken long turns in the annals of famous rubies. But they’re not rubies at all—they’re all red spinels. However, each has earned its place in history. So they not only get to keep their popular designation as rubies, but they each get displayed in notable collections alongside actual rubies. We can thus assume that by eliminating the imitations, rubies would be seriously underrepresented in the world’s great collections.

There are few large, fine-quality rubies of historic value available. Part of the problem, of course, is that those that have been saved turned out not to be rubies; part of the problem was the habit of early Burmese kings to order the gems cut into small pieces. By the time they left the country, their impressiveness was undercut by their diminished size. 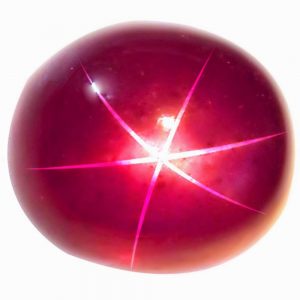 The few genuine rubies of note on display are in the British Museum collection which includes;

The US has the 138.70-ct. Rosser Reeves Star Ruby, perhaps the largest such ruby in existence displayed at the Smithsonian Institution in Washington, DC.

The finest ruby has a pure, vibrant red to slightly purplish red hue and the highest-quality rubies have vivid saturation. It should be noted however that the Orangy or more purplish rubies are less valuable.

Most people prefer medium to medium-dark tones as long as the stone isn’t so dark that it has a negative effect on brilliance. At the other extreme, if the stone is too light, it’s considered pink sapphire, even if the color is vivid. 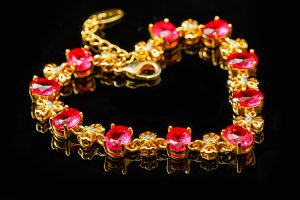 To care for your ruby, warm soapy water is always safe. Ultrasonic and steam cleaners are usually safe for untreated, heat-treated, and lattice diffusion treated stones. Fracture-filled, cavity-filled, or dyed material should only be cleaned with a damp cloth.

There are large numbers of these treated rubies in the market and they require greater care than untreated, heat-treated, or lattice diffusion treated ruby. The glass can be damaged through contact with a variety of chemicals.