Life  in the wild can sometimes be cruel and difficult. Animals living in the wild are fighting for survival every day, whether it is finding food or keeping safe from predators and hunters. However, that doesn’t mean that wild animals can’t be funny and entertaining and every once in a while we somehow manage to capture those beautiful moments that can make us laugh over and over again.

These wildlife shots are precious and ridiculous at the same time.

Just look at that amazing pose and try not to laugh. I dare you. This lemur could have easily been an inspiration for King Julian from Madagascar, especially when he does his famous dancing routine. I guess this lemur also likes to ‘move it, move it’. 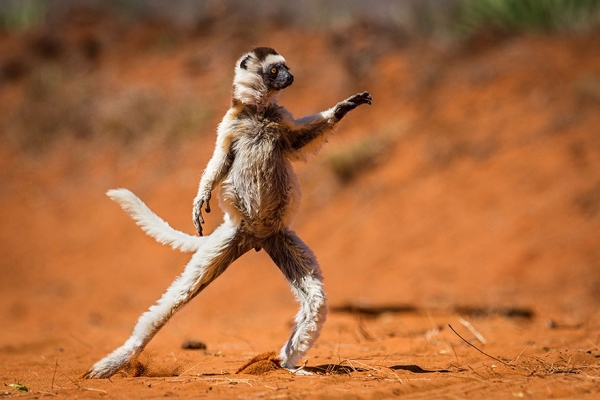 This awesome seal is a true photobomb master. It sneaked on the unsuspecting penguins and put on a great smile that says “Got you”, although I doubt that the penguins were that impressed with the stealth abilities this seal displayed here. It seems like they have decided to ignore it. Who knows, maybe this isn’t the first time this joker pulled off a similar stunt. 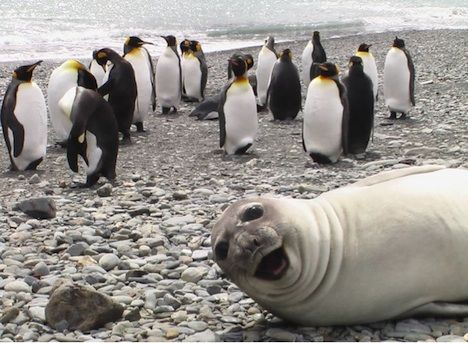 This funny bear decided to play a bit of hide and seek. We don’t really know who is supposed to look for him, photographer or some of his bear friends, but whatever the case is, he should definitely practice his hiding skills. If he had only moved his paws behind the tree, his hiding would have been a lot more effective. Although, that ear would still tell on him. 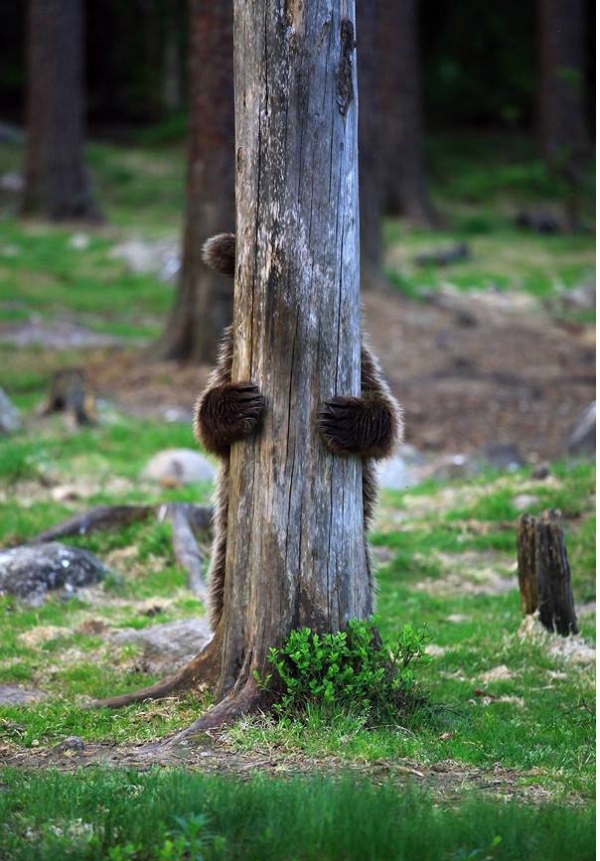 Did I leave the stove on again?

You thought that animals don’t have deep thoughts? You thought that’s just a nut idea? Well, this squirrel is surely having some existential crisis, or at least can’t remember where he put his nuts for winter. Either way, it seems like his head hurts from all the thinking. I bet the other squirrels have nicknamed him “Philosopher”, or maybe even “Nutzsche”, if they were clever enough.

Are you talking to me?

This rabbit seems rather irritated by something. Maybe it’s the fact that he got all wet from the rain that was pouring for the entire night, or maybe he just doesn’t like the person that is taking this photograph. We don’t know that, but we do know that this is the angriest rabbit that you will see in your entire life. 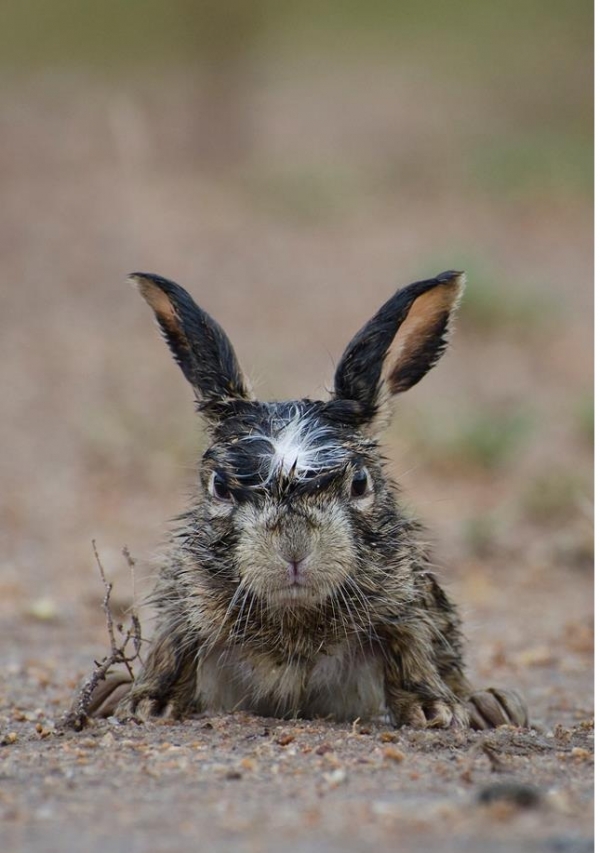 You want to join me for a picnic?

This bear looks like he is ready to play a chess game, he only needs a chess board and one very brave opponent. I mean, imagine beating a bear at chess, he might become so mad that instead of eating your pieces, he might eat you. I know I would certainly let him win. 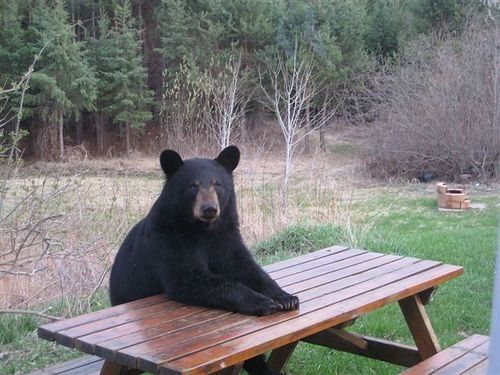 You can call me Jesus…

Walking on water is supposed to be impossible, but this puffin obviously doesn’t share our sentiment. He seems to be running like there is no tomorrow and I guess he just managed to achieve the right velocity and speed to perform this amazing task. 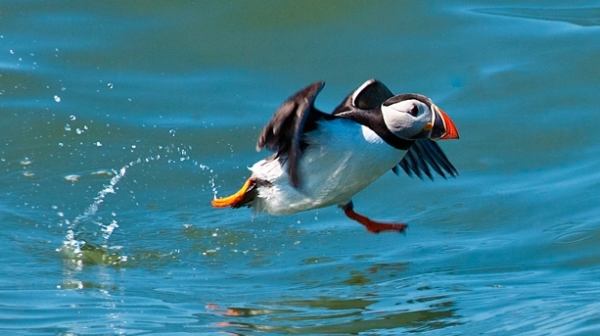 Which wildlife photo do you find the funniest?