Abeokuta is a serene town in South Western Nigeria. It is a town of rocks; home of ancient artifacts, a Nobel Prize winner and a former president.

For anyone who loves history and the allure of old towns, Abeokuta is a sure destination. About two hours from Lagos by road, Abeokuta lacks the urgency of the metropolis while providing similar comforts. The town wears a calm sleepiness and is home to some of the most hospitable and welcoming people in Nigeria. 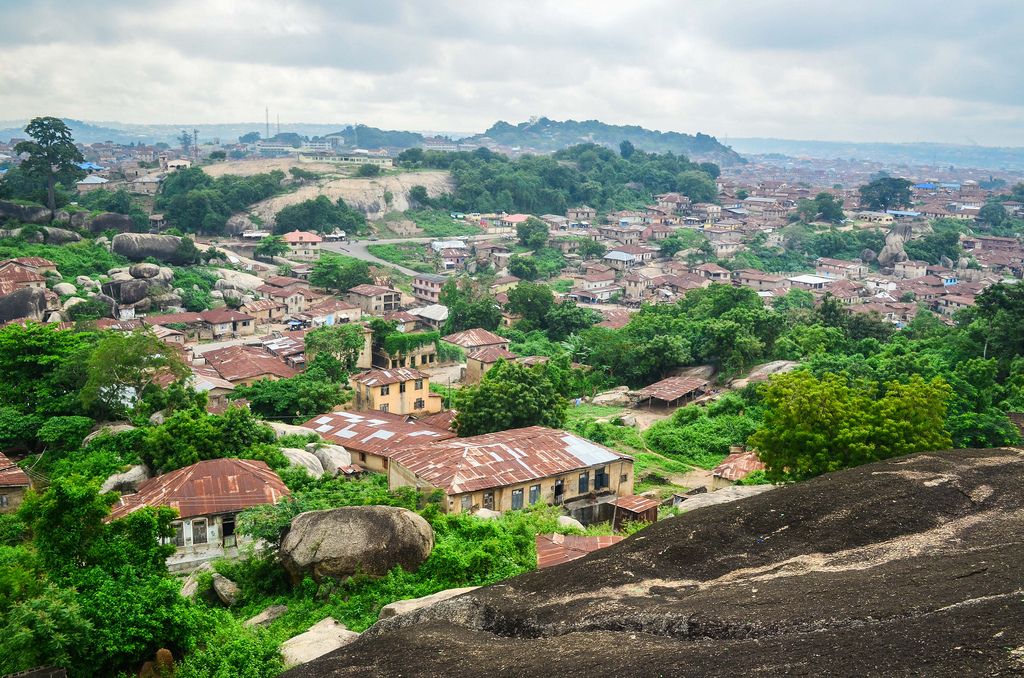 This is not new. In times past, Abeokuta (‘under the rock’ in Yoruba) was a place of refuge against invading Dahomey warriors and slave traders. The Egba people, more than once repelled the Dahomey warriors in battles recorded in history books.

The most well known of the rocks where people of Abeokuta took refuge is Olumo Rock, which is one of Nigeria’s biggest tourist hubs with thousands of visitors coming in from within and outside the country. Most of the visitors brave the climb to the top to get a breathtaking panoramic view of Abeokuta. However, for crowd-shy visitors, weekdays are the best time to visit and of course the view isn’t any different.

Getting accommodation in Abeokuta is quite easy as there are several hotels around the town with the top two being Park Inn by Radisson and the Green Legacy Resort. The latter is an attraction in itself as has an amusement park, mountain climbing, Presidential library/museum, and the adire/African Fabrics Centre. Food can be bought from the many restaurants that dot the town and the more adventurous foodie can try the local cuisine at the smaller bukas which any Abeokuta indigene will be more than willing to direct you to.

Abeokuta is the largest market for Adire in Africa. Adire is a resist-dyed fabric worn mostly by Yorubas and with its birthplace in Abeokuta. Adire was first produced in Jojola’s compound of Kemta, Abeokuta by Chief Mrs. Miniya Jojolola Soetan, the second Iyalode of Egba land. She passed it on to her children, they to theirs and so on. For a long time, the art was kept a trade secret, restricted to certain families but as time went one the knowledge passed on to others.

Itoku and Kemta markets are the top destinations for the purchase of original Abeokuta adire which make great gifts and can be worn by everyone.

The architecture in Abeokuta is breathtaking as a lot of buildings have been preserved with several over 100 years old.

More recently, Abeokuta became home to the annual Ake Arts and Book Festival which draws guests and visitors from all over Africa and beyond. It has become a yearly pilgrimage of sorts for arts and book lovers who throng the town every November.

Abeokuta is a beautiful town as visitors who have been there can attest. It is calming and restful and is perfect for quick getaways