It’s hard not to get swept up in what’s #trending, especially when it comes to travel. Trouble is, once you get to a destination that’s been infiltrating your feed, you realize your friends somehow managed to crop out the throngs of tourists that populate it. 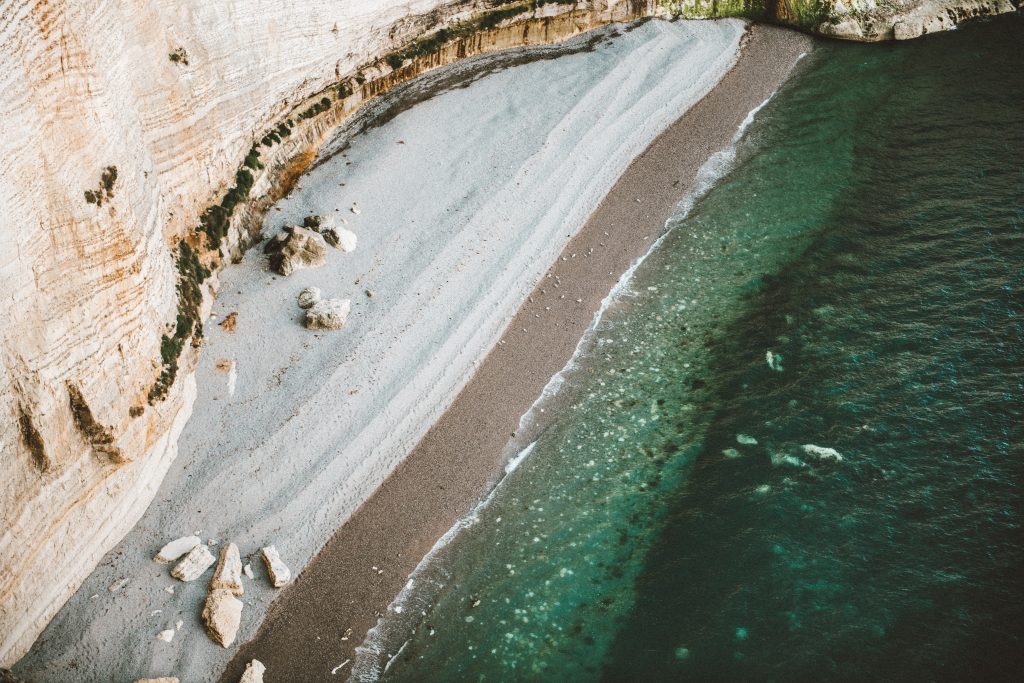 If you’re looking for something a little more off-the-beaten path, something that harkens to the early, undiscovered days of your favorite destination, we’ve combed the map to find an alluring alternative for each one. These 10 destinations make fine replacements that are worth exploring now—before they catch up to their siblings. 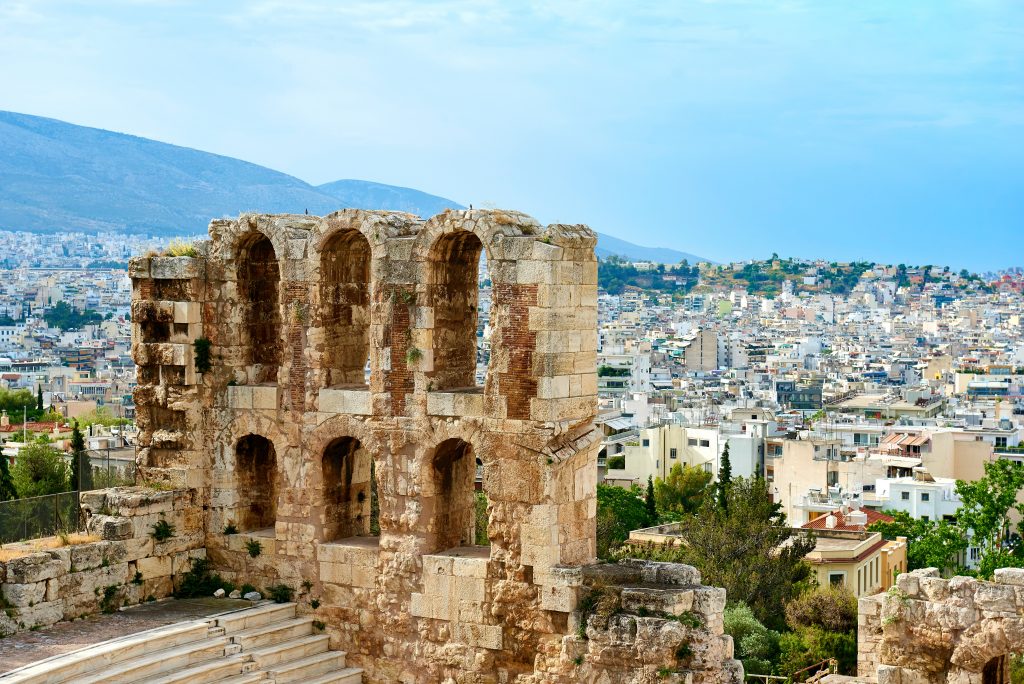 There’s no denying the beauty of the Cyclades, especially the iconic Santorini sunsets on Oia, but there’s only so many times we can see that same scenic view on Instagram before it gets played out. If you’re looking for a taste of off-the-beaten path Greek culture, stay on the Helenic Seaways ferries for a few more stops, and hit nearby Naxos and Milos. On Naxos you’ll find opportunities to experience old-world Greek charm in villages like Chalki, or fresh seafood in fishing villages like Apieranthos, as well as hiking and cycling trails. On Milos you can sail to unspoiled beaches like old pirate caves at Kleftiko, and stroll among the technicolored doorways of the fishing port of Klima. And did we mention the local specialty is watermelon pie? Sold. 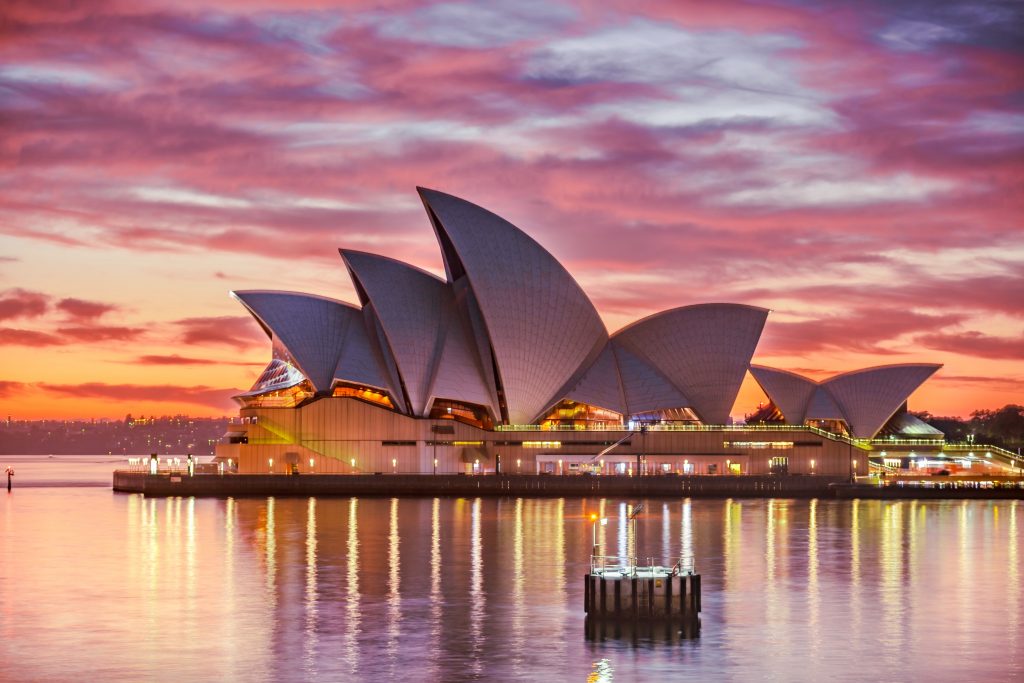 Byron Bay is an incredible destination when it comes to surf and sand, but it’s shocking to hear how many Aussies admit they haven’t made it to Western Australia. This remote state Down Under has lots to offer, and the southwestern Margaret River region is no exception: there’s excellent pinot noir, world-class surf spots, lush karri forests, and a blossoming truffle-growing industry that make it an ideal destination for surfers and foodies alike.

The biodiversity of this Central American country draws travelers to catch a peek at toucans, sloths, and a dizzying array of frogs, snakes, and spiders. During peak season in the summer, it can feel less-than-intimate at the country’s most visited national parks, like Manuel Antonio or Arenal. To get a real taste of rural living, head out to Santa Juana, where you’ll drive through palm tree plantations to a traditional Tico village, where you can peek at wildlife, hike to resplendent water falls, watch palm sugar juice being produced by ox-pulled carts, all while staying amidst coffee plantations in the rainforest. Stay in the Santa Juana Lodge, which embodies sustainable rural tourism at its best. 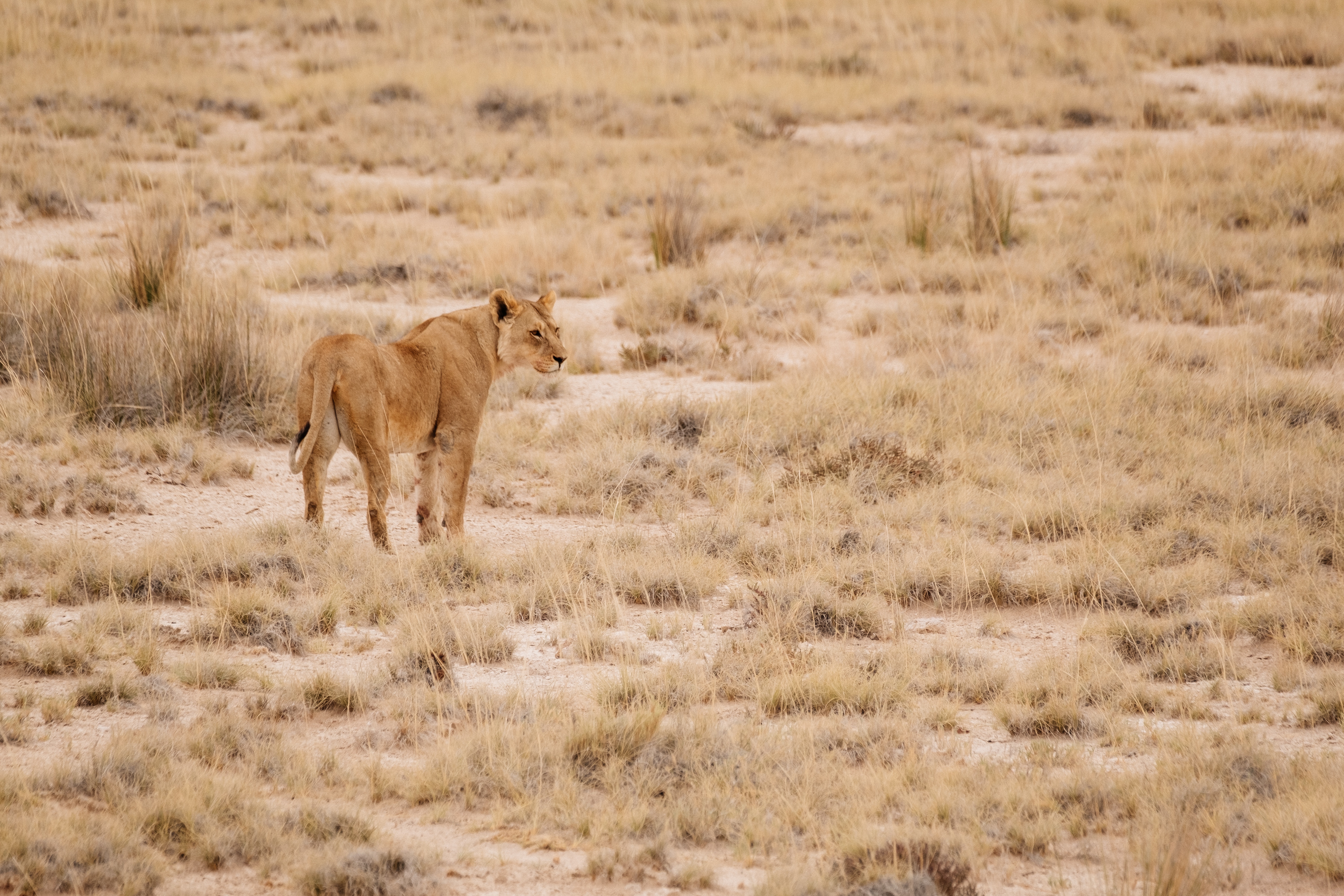 Namibia may be the fourth largest country in Africa, but it’s still home to the biggest yet least-known game parks in the world. Here you’ll find volcanic mountains, epic dunes, and the expansive Namib desert—the second largest on the planet after the Sahara—and Namibia’s Skeleton Coast, named for the centuries of shipwrecks on its rugged shores. Once a place only for intrepid safari goers, there’s now a plethora of luxe lodges worth the trek, from tented desert resorts to casbah-style forts, all showcasing the diversity of its landscape and wildlife. A few of note: Wilderness Safaris Hoanib Skeleton Coast Camp, and Fort at Fisher’s Pan on the southern edge of Etosha National Park.

It’s a minor miracle that Slovenia, which shares borders with Austria, Hungary, Croatia, and Italy, has maintained its status as a mostly unknown secret, outside the bustling capital city of Ljubljana. With its medieval castles, sweeping alpine scenery, top shelf wine regions, and flourishing culinary landscape, there’s still plenty to explore for every type of traveler. Taste wines in the idyllic Vipava Valley, or bathe in the brilliant blue watery views at Lake Bled, and see that what this country’s cities lack in vowels, they make up for in charm. 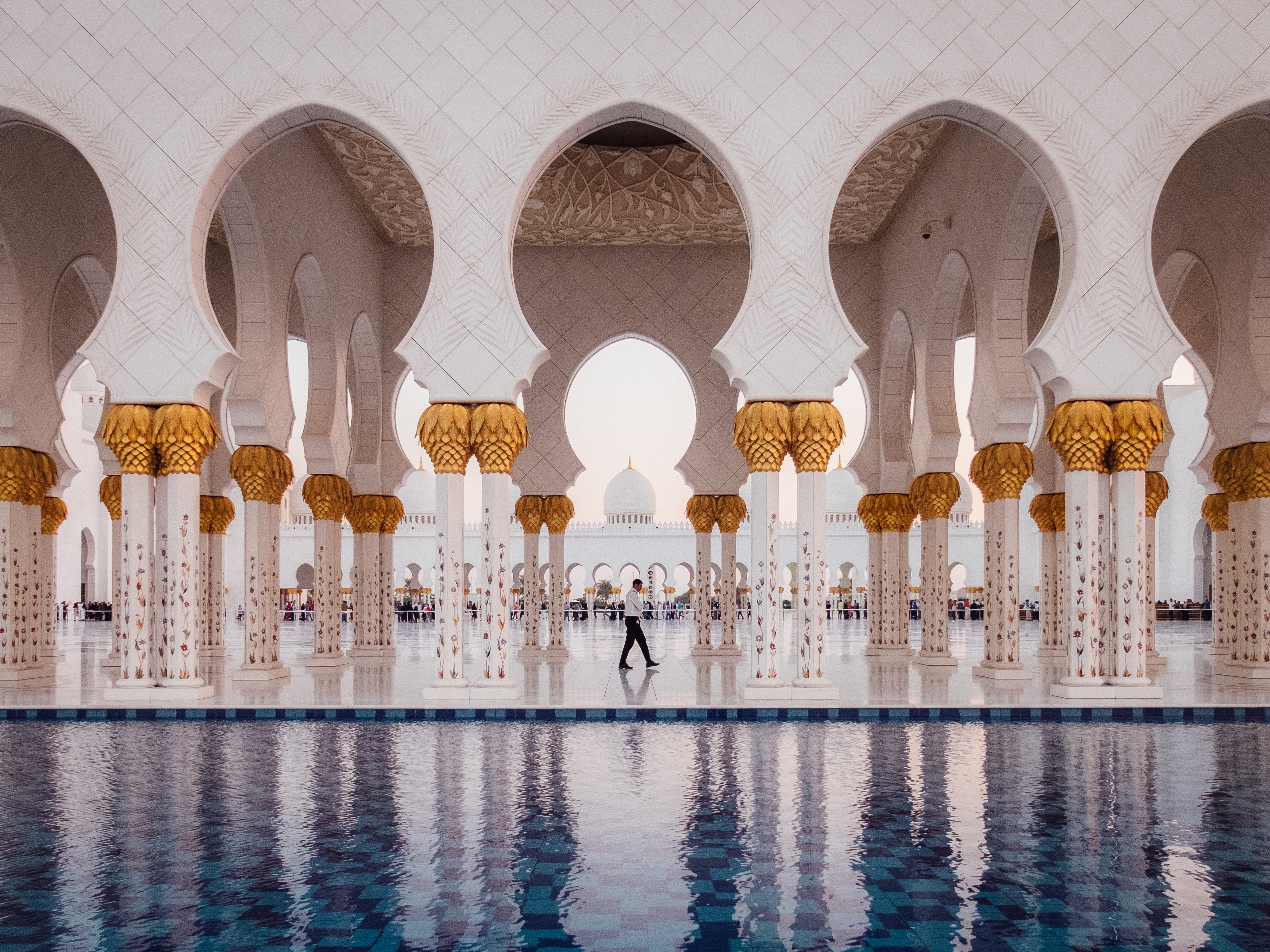 Beautiful though they may be, the crowds at Djemaa el-Fna and haggling in the Marrakech souks can be exhausting, but you can find that same je ne sais quoi in the 18th century former French port of Essaouira, which boasts beaches, fabulous fresh seafood, charming whitewashed Northern African architecture, and a marina filled with blue painted wooden boats that’s arguably one of the most photogenic parts of the country. It’s no wonder the likes of Mick Jagger, Jimi Hendrix, and Maria Callas made this off-the-beaten path African beach town a stop in the 60s.

If oversized resorts and sunburned tourists aren’t your thing, then it’s time to explore what are known as the Caribbean’s “off islands.” Anguilla is the antidote to Saint Maarten’s glitz, glamour, nightlife and shopping—a real place to chill out or, as islanders call it, “lime.” Anguilla may be only 35 square miles, but it has a whopping 33 beaches. Spend a day liming at Scilly Cay, where you’ll feast on freshly caught lobster while relaxing to live reggae, mixing with locals at one of the island’s many rum shacks, and taking in a sunset, cigar in hand, overlooking Barnes Bay at the Viceroy. For those hankering for something “off” in the Bahamas: Eleuthera is the undiscovered answer to Nassau. 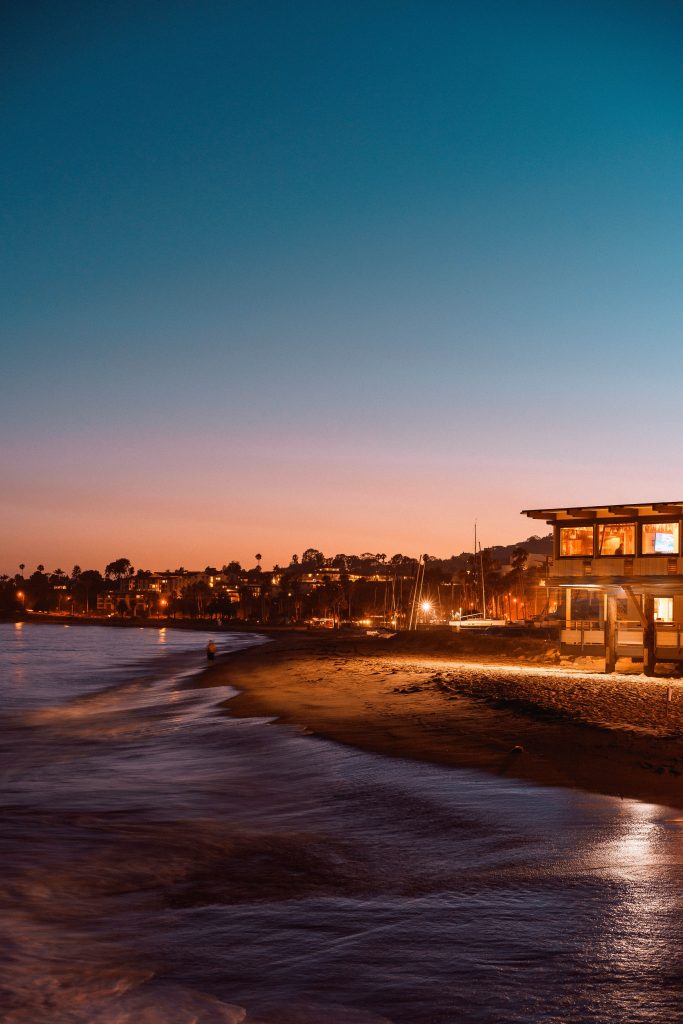 Napa put California on the map when it comes to wine, and there’s no arguing that it’s still one of the country’s foremost wine-growing regions. If you’ve been there and done that and are looking for more on your next wine country getaway, Santa Barbara is the place to be. Swap the limos full of tipsy housewives for the edgy, industrial Funk Zone, home to local distilleries, urban wine tasting rooms, cool vintage shopping, art galleries, and fantastic up-and-coming restaurants. And it has a one-up on California wine country: surf and sand are just a few steps away.

It’s hard not to fall for the quirky vibes of the Pacific Northwest, especially when it come’s to Portland’s epic food scene and proximity to the world-class wines of the Willamette Valley. But just a two hour drive away, PDX’s southerly sister city of Eugene also has access to wine country, and offers a bit more kitsch, complete with a growing artisanal food scene. The great thing is, there are plenty of ways to work off all the fantastic eats, as Eugene is known as ‘TrackTown USA.’ It’s easy to see why: Nike was birthed here, and it’s also home to a mind-blowing array of city paths and running trails, including some dedicated to Olympian Steve Prefontaine himself.

Which is your best location?