We wanted to assess the robot vaccuums in terms of cleaning ability and navigation skills, as well as general ease of use. So we first ran our favorites through an in-house obstacle course and then planted them in the homes of testers.

To directly compare the bots’ movements and cleaning abilities, we set up a room with plenty of tricky furniture and mounted a camera for observation. Then we sprinkled a pound of baking soda across the low-pile carpet and gave each vacuum 30 minutes to clean up. We measured cleaning success by weighing their dustbin contents.

Since 30 minutes is only a fraction of a bot’s typical cleaning cycle, we didn’t expect to get a total clean — particularly not from the ones that operate in random movements. Of the 16 ounces of baking soda deposited each round, the robovacs collected between 1 and 6 ounces. We learned that in terms of cleaning power, you get what you pay for: The amount of collected baking soda scaled up with each price jump. The Roomba 960 and Samsung Powerbot led the pack, with Roomba 690 close on their heels.

We also learned there’s a reason robovac manufacturers don’t recommend totally ditching your upright vacuum. Even the iRobot Roomba 960, which easily outperformed all the other bots by collecting 5.9 ounces of baking soda, paled in comparison to the efficacy of an upright vacuum. We ran the Oreck XL Classic, our favorite carpet vacuum, over its own pound of baking soda; it gathered twice as much baking soda in a fraction of the time.

Clearly, there are limitations to robovac efficacy, but it helps when they don’t fritter away their battery life stuck behind a chair. In our test room, most of the bots managed to mount themselves on the base of a particularly awkward piece of midcentury modern furniture. How they dealt with that obstacle varied widely: The Roomba 960 further proved its mettle by powering over the small, metal bars; the Eufy Robovac 11 got stuck, but eventually (eventually) freed itself; the Ecovacs Deebot N79 beeped for human help. The Neato Botvac Connected couldn’t handle the stress and returned to its dock instead.

Navigation and cleaning power weren’t spectacular for any of them save the Roomba 960, but, to be fair, we deliberately made the course difficult. If a bot could pass our test, we’d feel comfortable recommending it for home use. The average living space, particularly one arranged for maximum robovac coverage, wouldn’t pose as many problems and would consequentially receive a better clean.

We had clear winners: The Roombas swept the competition with superior suction, navigation, and learning abilities that bested most other models. They spent the most time actually cleaning up baking soda and the least time butting up against the furniture.

Of course, robot vacuums won’t be cleaning in controlled environments, so we threw them into the real world to find out which were the most intuitive to use and the most well-behaved. Would they be able to coexist peaceably alongside curious cats, unexpected spills, and stray socks? Could they clean up things other than baking soda?

Dogs and robovacs: a crappy combination.

There are plenty of horror stories about robot vacuums trailing through doggie pet waste and then proceeding to “clean” the whole house. If you have pets, only run your bot in a closed-off room or while under supervision.

We sent bots to different home styles according to their strengths: Cheaper models went to single-level apartments with little variation in terrain, while spendier bots that claim to climb rugs with ease found homes with lots of changes in topography. Since pet hair is a major concern for most, we wanted bots of all categories to face off against a flurry of fur.

In general, our testers found their bots to be tenacious cleaners. While cleaning patterns ranged from methodical to loopy, most floors were clean after enough passes. That said, we weren’t surprised to hear the bots that lacked rational navigation ended up cleaning less thoroughly. One tester reported that her bot seemed to “love certain corners … and totally disregard others.”

And that isn’t the only outcome of poor navigation. Bots, particularly budget bots, clean via exploration, so they often land themselves in tight spots. Without effective sensors or learning abilities, getting out of those tight spots can be agonizing.

We didn’t find fault with a robovac for spending a couple minutes trying to find its way out from under a bed — it’s probably pretty dusty under there, anyway. But we were concerned that erratic movements and lots of dead ends made for an unequal clean. A poorly engineered bot can exhaust half its battery fighting impasses. If you aren’t home to rescue a stuck bot, it’s probably spending its cleaning cycle jailed between chair legs.

Some of our bots thoroughly underwhelmed us in this stage. 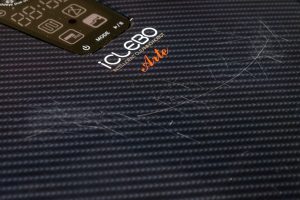 The Bissell SmartClean (budget) and iClebo Arte (midrange) disappointed testers by refusing to pick up larger particles and by inflicting a fair amount of damage on themselves and on furniture. The bObSweep Bob Pethair Plus got stuck three times while transitioning to low pile carpet. And all three presented major difficulties when it came to cleaning their parts. Their roller brushes proved impossible to remove sans tool kit, meaning we spent a lot of time attempting to pry off tightly wound coils of Pekingese hair with an X-Acto knife.

You can find how we started this post HERE

And you see more from Reviews HERE