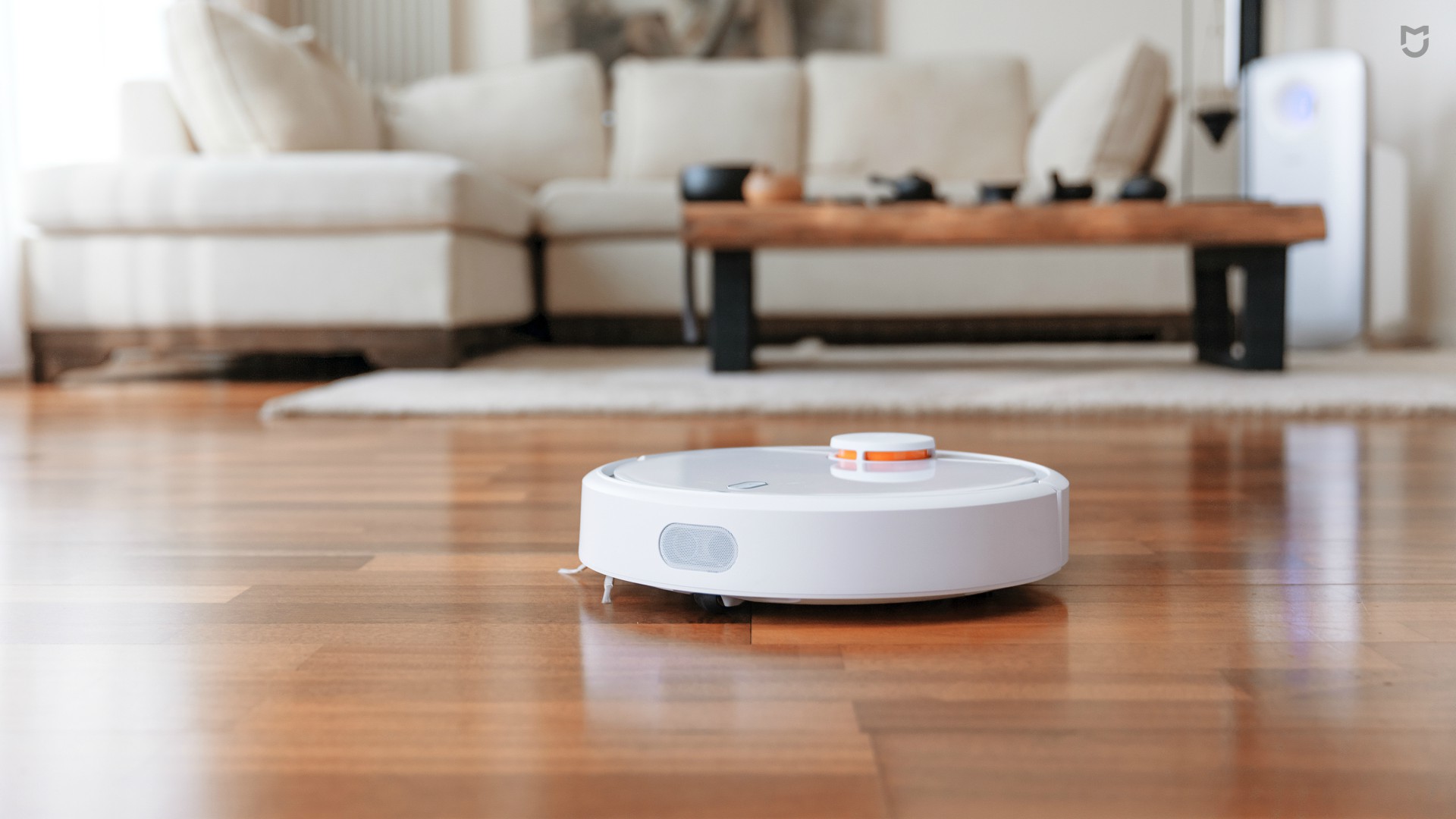 iRobot is without doubt the robovac industry leader, and with its Roomba 690 model, you get the company’s superior technology and reliable customer service, as well as WiFi connectivity, all at an accessible price. It came in a close third out of all robovacs in the baking soda tests, collecting just barely less than the Samsung Powerbot — a luxury bot that costs about three times as much. 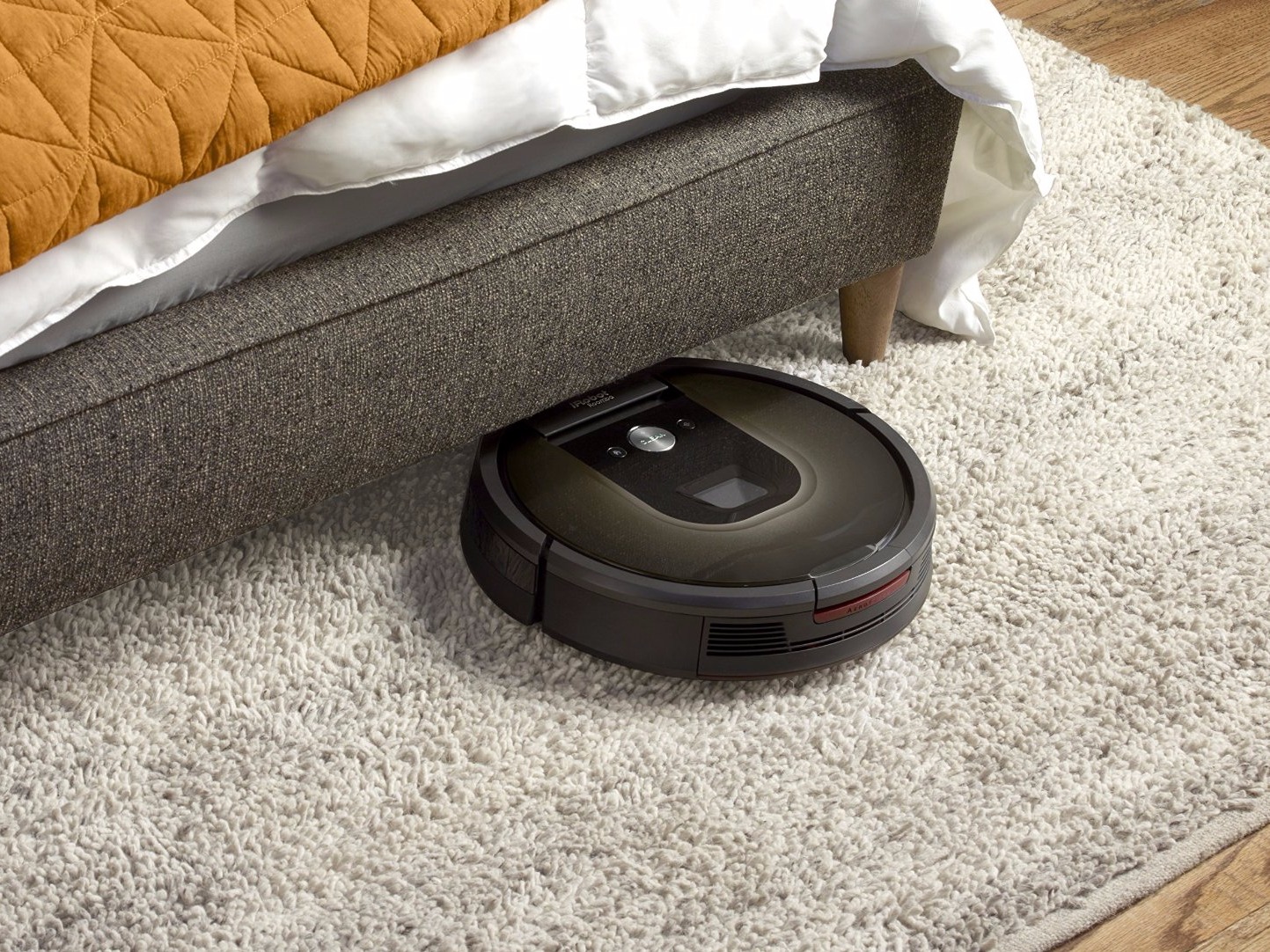 If you’re worried about privacy, rest assured that the iRobot HOME app doesn’t remember the map of your home from session to session. Furthermore, the company has confirmed that as smart home innovations continue, it will never use or share your information without permission.

The 690 may not fall into the luxury category of robovac in terms of price, but it’s hard to pin down any other reason why it wouldn’t qualify. In addition to its powerful and well-designed cleaning system, the tech features are second to none. Use the app to start a cleaning cycle while you’re away from home and then monitor its progress — it draws a map of your home’s layout as it cleans. The sleek and functional HOME app allows you to start, stop, and change cleaning modes with a couple taps. It also sends push notifications for any of the above, as well as when it gets stuck or runs out of battery and has to return to its dock. 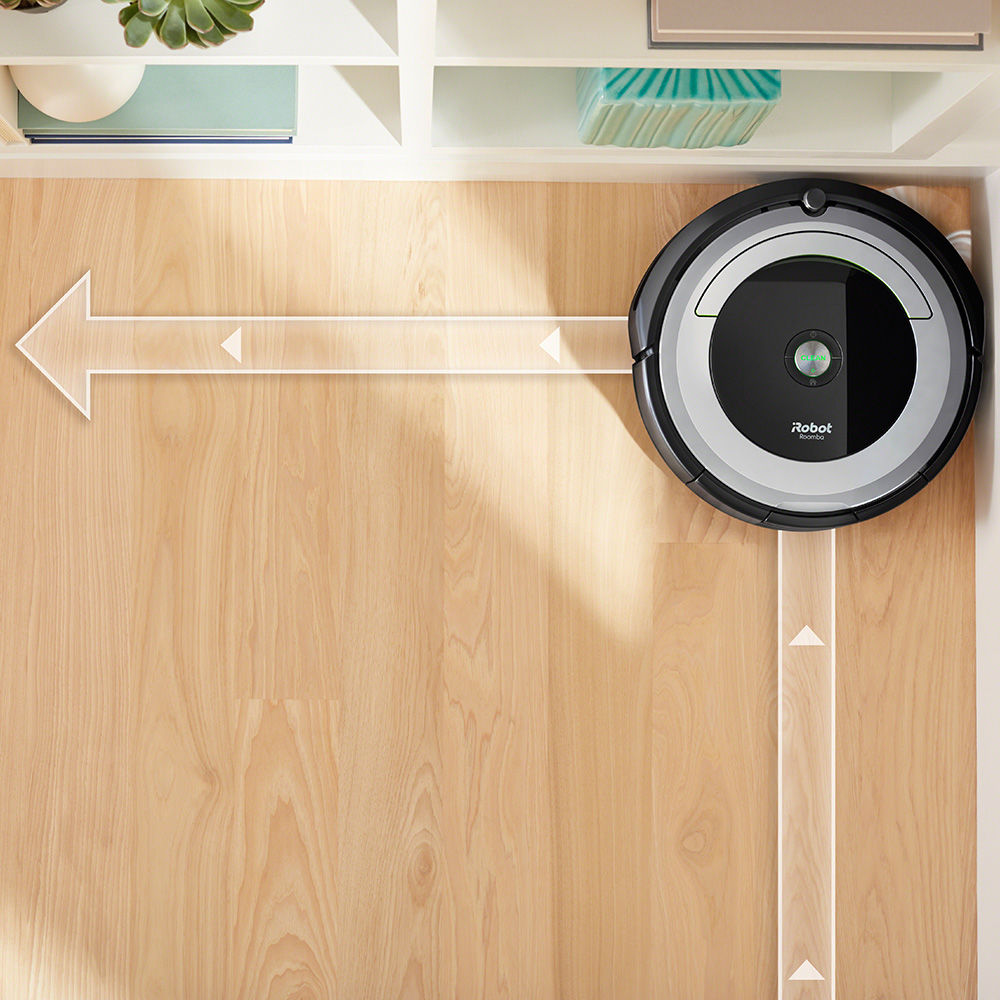 While Roombas are exceptionally capable of managing terrain changes, the 690 does have the tendency to bump into furniture at full speed. While this could be an issue for living spaces with lots of spindly furniture, during our in-house testing, we were just impressed with its tenacious forward motion. Rather than languish in tight spots, the 690 either powered through or powered back out. The result: Both the Roombas we tested spent a lot more time actually cleaning instead of dancing around dead ends.

Robovacs in general take a lot of cleaning responsibility out of human hands, but sooner or later, you will have to clean your robovac. (It will probably be sooner — after two cycles max.)

Fortunately, the Roomba 690’s design makes cleaning a cinch: Access the bristle and beater (rubber) brushes by lifting a wire hatch and popping them out like two toilet paper holders. Since you’ll find the majority of caught hair where the brush nestles into its slot, being able to easily remove them is a big plus. But be sure to put all its little pieces back together properly: We once ran the 690 mistakenly thinking the filter was fully in place; during that run it kept spitting the debris it gathered back out onto the carpet in a fine dust. The lesson? Make sure the filter is firmly locked in place before running your Roomba.

For a first foray into the wonders of robotic cleaning, or to keep up with light vacuuming in a simple apartment, the iRobot Roomba 690 has you covered. It lacks the stamina and restart functionality that makes the 960 an excellent whole-home cleaner, but for few rooms and thin to normal carpeting, the 690 allows you to give your manual vacuum much longer naps.

It took a few retests (due to an improperly installed filter), but the Roomba 690 took third place in our controlled tests.

The most thorough cleaning we tested, plus app control, zoning ability, and “recharge and resume” technology.

This is it — the robovac that blew away the competition with powerful cleaning, smart scouting, and tech benefits galore. The $700 price tag makes it an investment, but after witnessing the Roomba 960’s robust abilities, we started to think it was a reasonable asking price. Especially given the higher price points of comparable models. 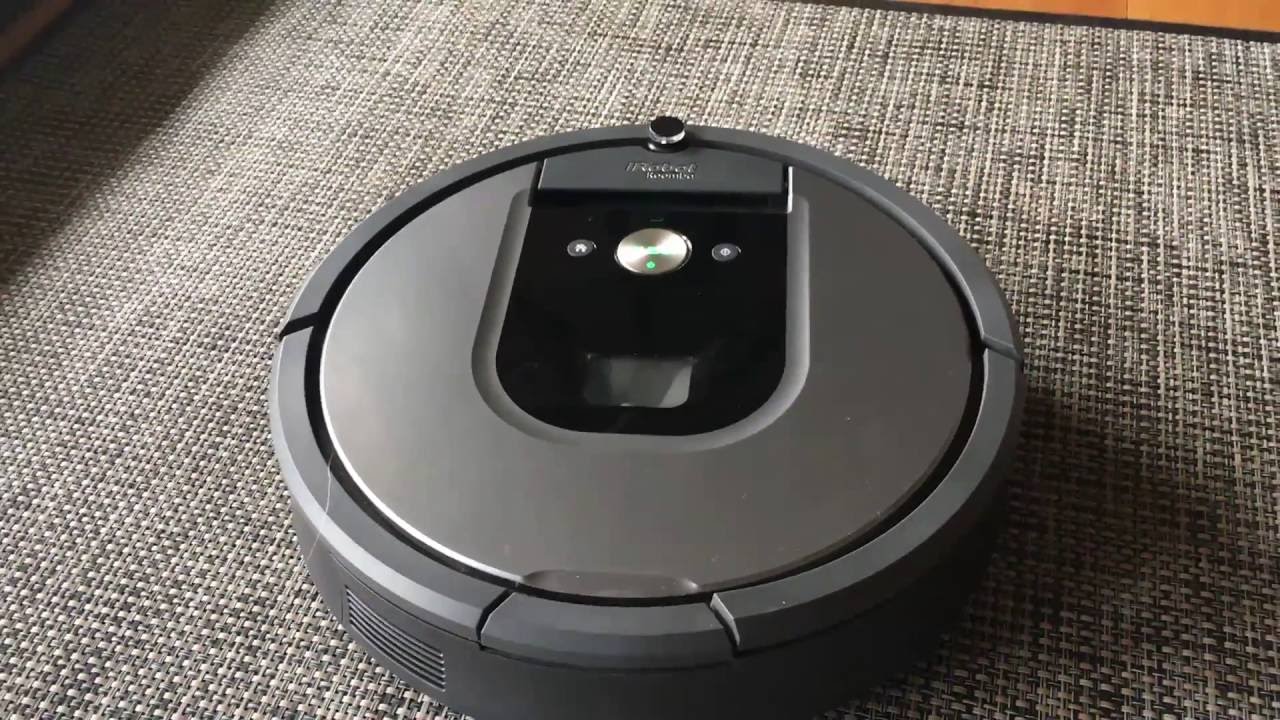 At-home testers loved that it went from fresh-out-of-the-box to up-and-running in a few simple steps. The iRobot HOME app is easy to download and master, and syncing Roomba with Alexa is a breeze. Testers also appreciated how it cleaned in a grid-like pattern (“Like a spreadsheet,” one reported), leaving those coveted fresh vacuum tracks.

All Roombas from the 600 series upward boast iRobot’s patented three-stage cleaning system (agitate, brush, suction) and dirt-detection sensors, enabling them to identify high-soil areas and target their cleaning efforts. But the 960 utilizes both optical and acoustic sensors to locate and tackle concentrated messes, and we saw this skill in action. While other bots wasted a lot of time wedged in corners and butting up against furniture, the 960 located the massive baking soda spill at the center of the floor and relentlessly pursued the mess. It naturally ended up gathering the largest amount of baking soda of all the contenders (5.9 ounces) — managing to get over a third of the powder in less than half its standard run time.

The Roomba 960 cleaned up in our test course, collecting 5.9 ounces of baking soda (left). The Neato Botvac Connected called it quits partway through and came away with just 1.3 ounces (right). 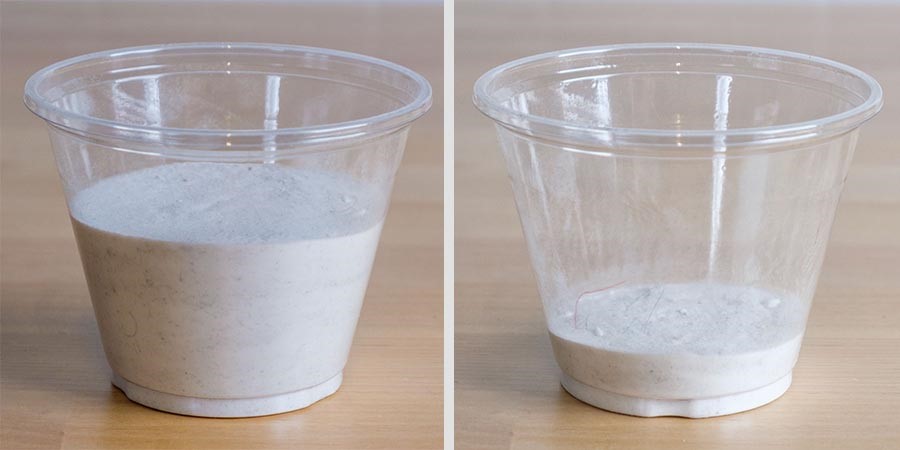 We loved how the Roomba 960 overcame obstacles during controlled testing, but that same relentlessness had unexpected consequences for at-home testers: In one scenario, the 960 got ahold of a lamp cord and ended up pulling the entire lamp off the table.

The 960 is both a deluxe robot vacuum and a comparative bargain. Our other finalist in that category, the Samsung Powerbot, came in a close second in every comparison but is advertised at $300 more. However, the Samsung does boast clear error messaging, longer battery life, and a semi-angular shape that helps it to get into corners. While protruding, whisker-like brushes solve some of the shortcomings of circular bots, models like the Powerbot that feature one or more straight edges have a better chance of getting dusty crevices.

The Roomba 960 spent less time struggling with obstacles and managed to collect the most baking soda in our test. 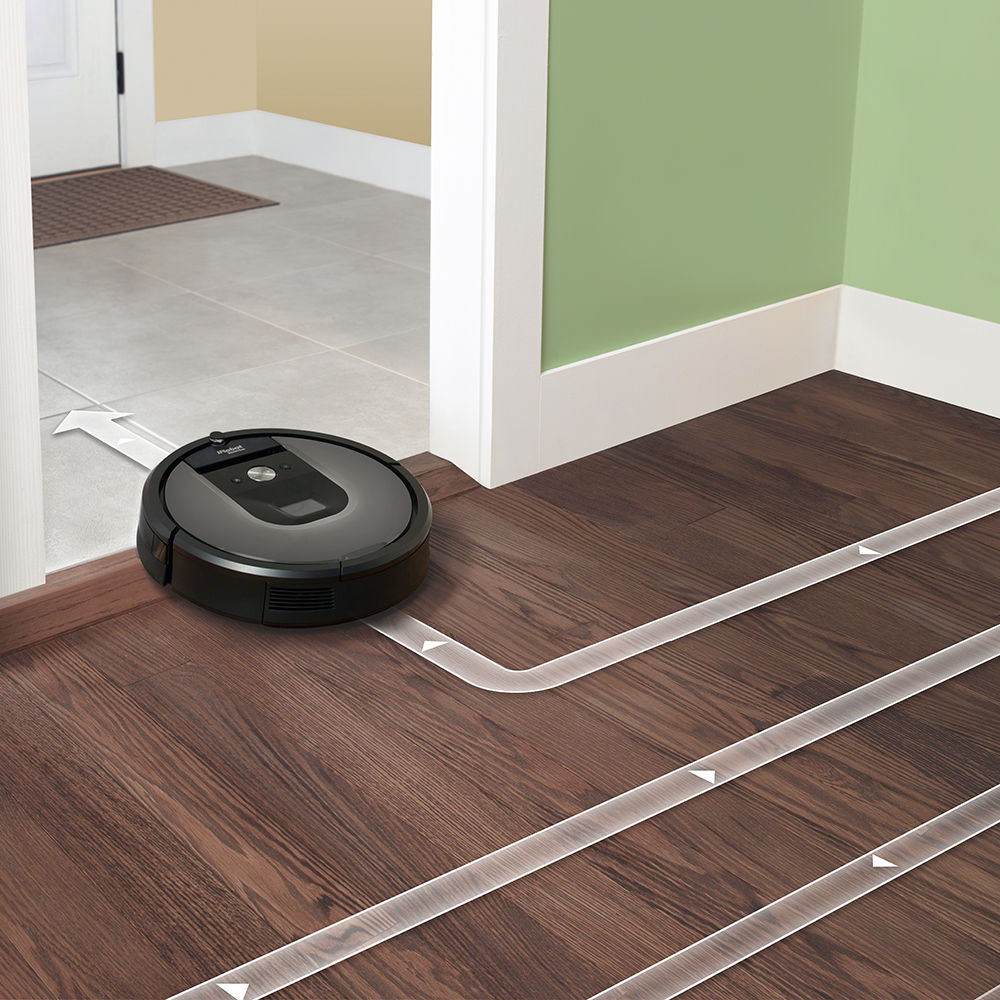 The robots are taking over… household chores.

So you’ve already relinquished vacuuming to a robotic helpmate and are eager to hand over more jobs? While not quite the humanoid robots we once imagined would populate the 2000s, bots can tackle a growing number of tasks: mopping, pool cleaning, window washing, lawn mowing… even grill cleaning.

What’s in a name?

During our research, we found that Amazon reviewers talk about their bots “Rudy” or “Ding Dong” and then quickly explain, “Hey, you have to name him.” We thought this was silly at first, but once we had our own bots scuttling about our office, we could see where the emotional attachment came from.

Don’t throw out your manual vacuum just yet.

Robovacs are not intended to wholly replace manual vacuuming. The best they can do is elongate the time between human vacuuming sessions — especially helpful in households with pets and their endless shedding, or kids and their endless spilling. As we mentioned before, our top upright carpet vacuum picked up over 80 percent of the baking soda in just four minutes, while the Roomba 960 only managed to get 37 percent in half an hour.

While most super-expensive robot vacuums have power equal to their price, some disappoint. The Dyson 360 — a stately robovac made by the knight of vacuums, Sir James Dyson — is as tall as a four-layer cake, and, despite its four-digit price, is reported to be an inept cleaner, a clumsy mover, and too darn tall to fit under areas that truly need vacuuming. This is a surprising failure, not only because Dyson is a leader in vacuum technology, but also because it was among the first companies to develop a robovac prototype back in the ‘90s.