The history of the automobile is very rich and dates back to the 15th century when Leonardo da Vinci was creating designs and models for transport vehicles. The dude was light years ahead of his time.

There are many different types of automobiles – steam, electric, and gasoline – as well as countless styles. Exactly who invented the automobile is a matter of opinion. If we had to give credit to one inventor, it would probably be Karl Benz from Germany. Many suggest that he created the first true automobile in 1885/1886. 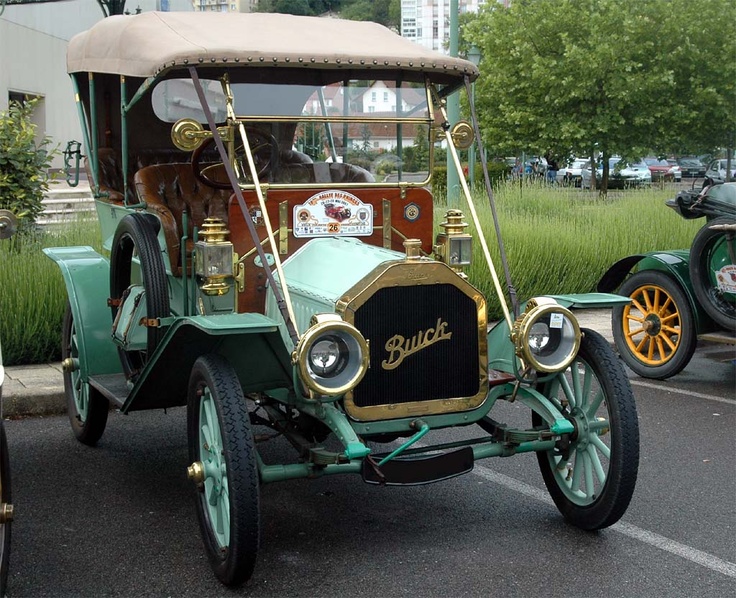 It is mind boggling to realize that in just less than two centuries humanity developed technology that replaced horse powered carriages with ultra-sophisticated cars responding to voice commands and driven by an onboard computer akin to an autopilot system. Without a doubt it is only when truly challenged do great inventions happen.

The early history of the automobile can be divided into a number of eras, based on the prevalent means of propulsion. Later periods were defined by trends in exterior styling, size, and utility preferences.

In 1864, Siegfried Marcus built the first gasoline powered combustion engine, which he placed on a pushcart, building four progressively sophisticated combustion-engine cars over a 10-to-15-year span that influenced later cars. Marcus created the two-cycle combustion engine. The car’s second incarnation in 1880 introduced a four-cycle, gasoline-powered engine, an ingenious carburetor design and magneto ignition. He created an additional two models further refining his design with steering, a clutch and brakes. 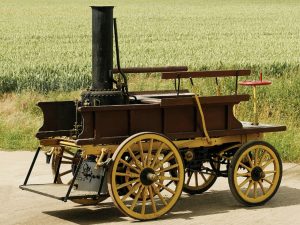 The four-stroke petrol (gasoline) internal combustion engine that still constitutes the most prevalent form of modern automotive propulsion was patented by Nikolaus Otto. The similar four-stroke diesel engine was invented by Rudolf Diesel.

The hydrogen fuel cell, one of the technologies hailed as a replacement for gasoline as an energy source for cars, was discovered in principle by Christian Friedrich Schönbein in 1838. The battery electric car owes its beginnings to Ányos Jedlik, one of the inventors of the electric motor, and Gaston Planté, who invented the lead-acid battery in 1859.

In 1886, Karl Benz developed petrol or gasoline powered automobile. This is also considered to be the first “production” vehicle as Benz made several other identical copies. The automobile was powered by a single cylinder two stroke engine. 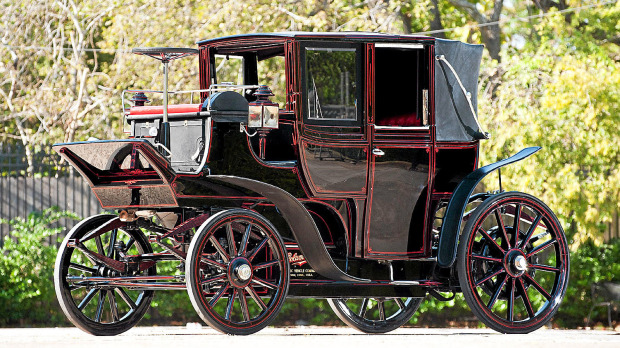 By the start of the 20th century, the automobile industry was already gathering momentum in Western Europe, especially in France, where a whopping 30,204 was produced in 1903, representing 48.8% of the world automobile production that year.

Within a few years, a mind numbing assortment of technologies was being adopted by hundreds of producers all over the western world. Steam, electricity and gasoline powered automobiles competed for decades, with gasoline internal combustion engines achieving dominance in the 1910s.

Dual- and even quad-engine cars were designed, and engine displacement ranged to more than a dozen liters. Many modern advances, including gas/electric hybrids, multi-valve engines, overhead camshafts and four wheel drives, were attempted and eventually discarded.

Innovation was not limited to the vehicles themselves, either. 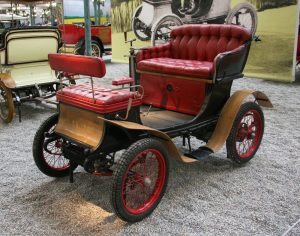 Increasing numbers of cars propelled the growth of the petroleum industry, as well as the technology to produce gasoline and of improvements in heat tolerant mineral oil lubricants effectively replacing vegetable and animal oils.

Throughout the veteran car era, however, the automobile was seen more as a novelty than as a genuinely useful device. Breakdowns were frequent, fuel was not easy to obtain, roads suitable for driving was virtually nonexistent and rapid innovation meant that a year-old car was nearly worthless. Major breakthroughs in proving the usefulness of the automobile came with the historic long-distance drive of Bertha Benz in 1888, when she traveled more than 50 miles to make people aware of the potential of the vehicles her husband, Karl Benz, manufactured, and after Horatio Nelson Jackson’s successful transcontinental drive across the United States in 1903. 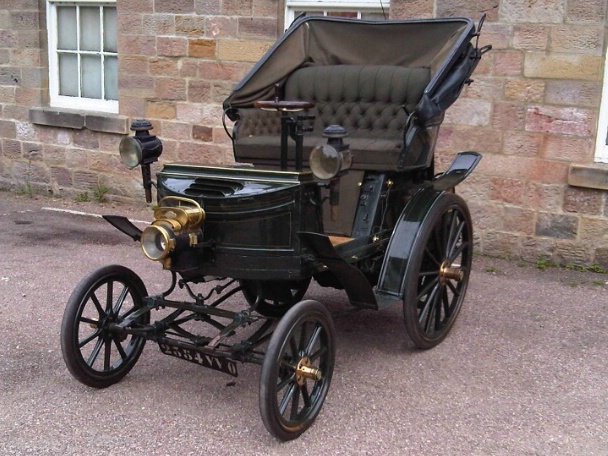 While other automakers provided motorists with tire repair kits, Rambler was the first in 1909 to equip its cars with a spare tire that was mounted on a fifth wheel.

This article is one of a 5 part series on the history of cars. Watch out for our next festure on the Bras Era.