You know the funny thing about the Quartz? We shake off loads of them from our towels after spending time at the beach.

Jewellery at a store display window collect these particles that must be carefully wiped away. A construction worker has a film under his boots after operating heavy equipment at a building site. We call it sand or dirt; very unaware that most of it is quartz.

Quartz is one of the most common minerals on earth. People have used quartz in jewelry for thousands of years. Egyptians gathered ornately striped agates from the shore and used them as talismans, the ancient Greeks carved rock crystal ornaments that glistened like frost, and the hands of Roman pontiffs bore rings set with huge purple amethysts.

Quartz with large crystals include amethyst, citrine, and smoky quartz.

Aventurine quartz and tiger’s eye are aggregates of smaller crystals while quartzes with extremely small crystals fall into the Chalcedony category. Agate is a type of chalcedony.

The Amethyst has been the most prized quartz for centuries. The ancient Greeks thought it had magical and medicinal properties. 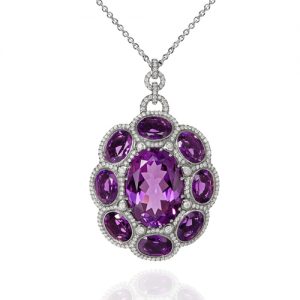 Fine amethysts have been set in religious jewelry and royal crown jewels for ages. It was once considered an equal to ruby, emerald, and sapphire until a huge deposit was found in Brazil and this made it abundant and affordable.

Because of this availability and affordability, amethyst became a desirable gemstone for mass-market jewelry and custom designer pieces. It’s cost in top quality pieces is not much higher than its cost in commercial quality jewellery. This brings fine amethyst within reach of buyers at many income levels and offers fine quality at less cost than a similarly fine Big 3 gem. Today, amethyst is one of the most popular colored gems and the most commercially important gem-quality quartz variety.

Russia was the major amethyst source until the nineteenth century when a huge amethyst deposit was discovered in Brazil.

The once scarce purple gem suddenly became plentiful. Although amethyst never lost its following, it’s newfound abundance robbed it of the aura of rarity it had enjoyed until then. Except in extremely fine quality, amethyst’s exalted status dropped to the level of other attractive, affordable transparent gems. 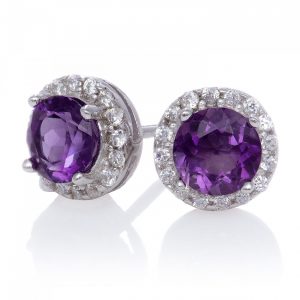 Today, Africa and South America produce the bulk of commercial amethyst. Dealers regard Africa as the source of small quantities of the best amethyst, while South America is known as the prolific source of lighter colored goods.

Zambia, in particular, has a reputation for producing superb rough with richly saturated purple color.

Heat treatment is the most common technique for improving the color and marketability of natural amethyst. However, heat treatment can’t make pale amethyst darker, but it can lighten the color of very dark amethyst and make it more attractive. Heating also removes undesirable brownish hues.

Further heating can transform an amethyst rough to a yellow hue that makes it look like yellow Citrine quartz. 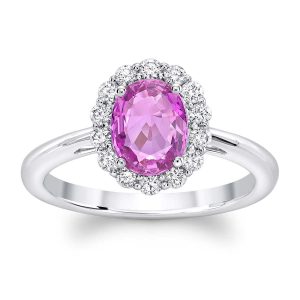 Quartz was first commercially synthesized in the 1950s. In addition to it’s benefits to industry, quartz synthesis has had an important impact on the jewelry industry.

Synthetic amethyst produced by the hydrothermal method entered the gem market in the 1970s. Amethyst’s already moderate prices dropped lower. The drop in value was due to two factors.

Secondly, the reason for the drop in amethyst prices was a plunge in buyer confidence that occurred when synthetic amethyst began to be sold as natural.

No one wanted to pay a high price for fine amethyst when they were unsure whether it originated from a lab or from a mine. 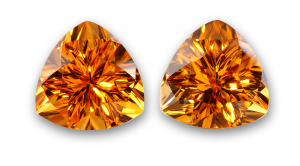 The Citrine Quartz is the transparent, pale yellow to brownish orange variety of quartz. It is rare in nature. Prior to modern gemology, its color caused it to be confused with topaz. Citrine’s attractive color, plus the durability and the affordability it shares with most other quartzes, makes it the top-selling yellow-to-orange gem. It’s an attractive and cheaper alternative not only for topaz, but also for yellow sapphire. 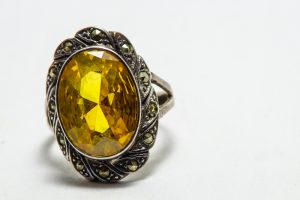 Since natural citrine is rare, most of the citrine in the market is the result of heat treatment, which causes some amethyst to change color from undesirable pale violet to an attractive yellow.

Ametrine is the trade name given to quartz crystals which have a combination of amethyst and citrine colors. The only source of Ametrine is a mine in Eastern Bolivia close to the Brazilian border. Treatment can also produce the ametrine look in quartz.

Transparent brown smoky quartz was known long ago as Cairngorm, after the Cairngorm Mountains of Scotland, where it was mined and fashioned into traditional ornaments. 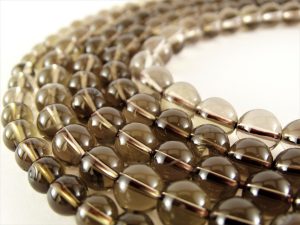 Smoky quartz has been confused with topaz because of the similarity of their colors. But topaz is a different mineral species altogether, and it’s usually more expensive.

Smoky quartz is one of the least expensive gemstones in the market and readily available in large sizes and standard shapes. Gem carvers can create massive sculptures from it because it is inexpensive.

When heat-treated, smoky quartz changes to a greenish yellow that resembles citrine.

Treatments: Quartz has good toughness, however care must be taken to prevent scratching. They can be safely cleaned with warm soapy water.

Ultrasonic cleaners are usually safe except in rare occasions when the stone is dyed or treated by fracture filling. In this circumstance, the quartz will lose its color after an ultrasonic cleaning.

Steam cleaning is not recommended and quartz should not be subjected to extreme heat. Some quartz can fade with prolonged exposure to intense light.

They can also be damaged by acidic and alkaline solutions.