For centuries, The Topaz was associated with the color yellow. People assumed that all yellow gemstones were topaz, and that all topaz was yellow. 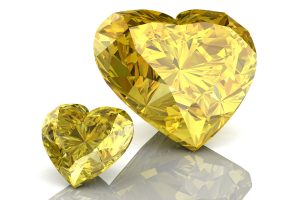 Today, we know that topaz occurs in a broad color spectrum range that includes various tones and saturations of red, pink, purple, yellow, orange, and brown, as well as blue and green.

Topaz can also be colorless.

Topaz is colored by trace elements or defects in its crystal structure rather than by elements of its basic chemistry. Chromium causes natural pink, red, and violet-to-purple colors in topaz. Color centers cause yellow, brown, and blue. If both chromium and color centers are present, the topaz will be orange. 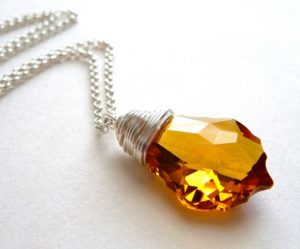 Descriptive terms for topaz colors can be a little confusing because there isn’t much consistency in the trade over what colors the terms actually represent. Some school of thought have divided topaz’s colors into three categories:

the most valuable imperial, pink, and red varieties; the less valuable yellow, orange, and brown gems; and the colorless or greenish gems that are converted by treatment into a variety of blues.

Today, most fine-quality imperial topaz crystals are mined in the Ouro Prêto area of Minas Gerais in Brazil. The most common colors are intense orange-yellow to orange, but the mine also yields some brown crystals. Highly prized red topaz is also mined here. 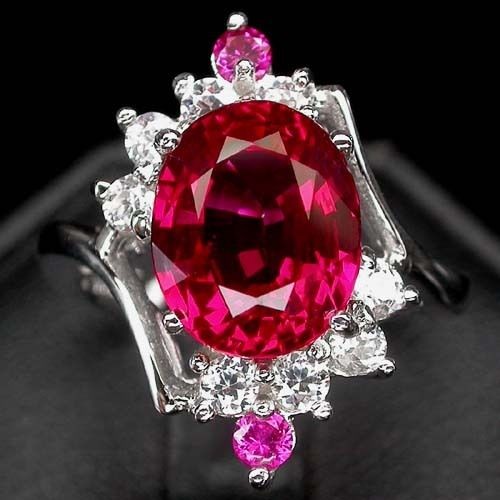 An area in Pakistan—Ghundao Hill, near the town of Katlang—supplies gem-quality, naturally pink to red topaz.

Brazil and Sri Lanka are the most significant sources of treatable colorless topaz, while Australia, Madagascar, Mexico, Myanmar, Namibia, Nigeria, and the U.S are minor sources.

Gem treaters use heat treatment alone, or heating in combination with some type of radiation, to create or change color in many topaz varieties.

Commercially, the two most important processes are heating yellow to reddish brown topaz to create pink gems, and irradiating and then heating colorless topaz to create various shades of blue.

If you ask gem dealers to name transparent blue colored stones other than blue sapphire, they’ll probably mention topaz and aquamarine. According to reports, after sapphire, blue topaz is the most popular colored gemstone in the market. 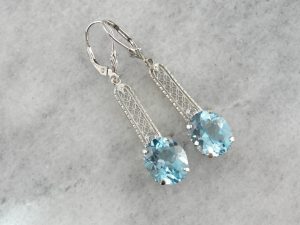 These two gems belong to different mineral species, but their blue hues can be so similar that it’s hard to tell them apart. Many consumers know topaz as simply an inexpensive blue gem. They’re surprised to learn that its blue color is hardly ever natural: It’s almost always caused by this irradiation and heat treatment.

Every topaz crystal, whatever its color or shape, has one undesirable feature that’s related to its atomic structure: In one direction, there are weaker bonds between the atoms which makes that area fragile.

Topaz therefore requires special care during cutting, polishing, and mounting because of these weaker bonds. It’s not very tough, so a hard blow might split it, and extreme pressure or sharp change in temperature might cause it to break.

Jewelers prefer to set valuable topaz gems in protective mountings. Or they use topaz in pieces that are not exposed to much wear, like pendants and pins. 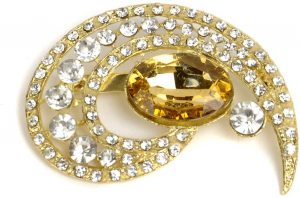 It is best to clean topaz with warm soapy water. Avoid steam and ultrasound cleaning. Prolonged exposure to heat or sunlight might cause fading in yellow-to-brown, reddish brown, or dark brown topaz. So keep out of bright sunlight.

Store topaz jewelry in its own box and keep from touching other pieces especially diamonds so the diamonds do not scratch the topaz.

Despite these care considerations, fine topaz is a beautiful gem that offers a range of attractive colors in large sizes.