Just as with classical music, the Big 3 are Beethoven, Bach, and Mozart; In the world of colored gemstones the Big 3 are the Emerald, Ruby, and Sapphire.

Like great music, these stones can inspire the heart and soul. Like great art, they can dazzle the mind and the eye. Each has a long and glorious history.

The Emerald, famous for its distinctive green color, is a variety of the beryl mineral species. The first known emeralds emerged from the mines of ancient Egypt. 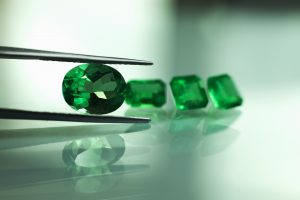 Ancient civilizations attributed all kinds of magical qualities to emeralds. Their beliefs took hold and spread through the centuries, enhancing the emerald’s allure. Some people believed its green color represented fertility and rebirth. Others believed you could see the future by holding an emerald under your tongue.

Still others thought wearing one would strengthen your memory, make you more eloquent, help you avoid evil spells, and reveal the truth of your lover’s statements.

Emeralds were also used as antidotes for poison and to prevent epilepsy in children.

Not surprisingly, the best collection of major emerald crystals is in the same country where the best emeralds come from – Colombia. There, the Banco de la Republica, in Bogotá, displays emeralds ranging from about 200 cts. to 1,796 cts. in weight. 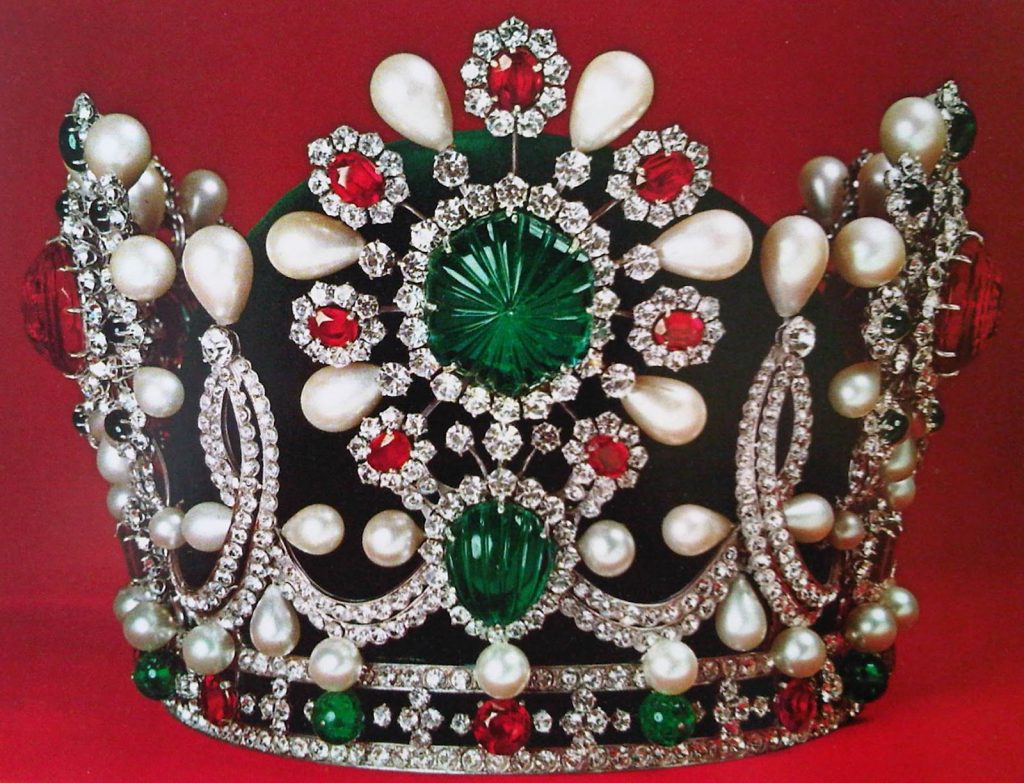 The world’s greatest collection of fashioned emeralds is found in the Iranian crown jewels. The emeralds are mostly cabochon and carved styles. Their last known location was the Bank Markazi in Tehran.

One of the most spectacular pieces of emerald-set jewelry is the Crown of the Andes. It was carved from a block of pure gold in 1,593 for a statue of the Virgin Mary. It is set with 453 stones, including the 45-ct. Atahualpa emerald, totaling 1,521 cts. in weight. 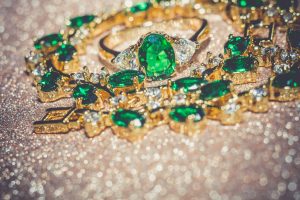 The balance of 40% comes mainly from Brazil, Zambia, Zimbabwe, Pakistan, Afghanistan, and Madagascar. In each of these countries, man-made problems combine with natural obstacles, such as remote locations and punishing climate, make getting emeralds to the marketplace a difficult task. Inflation in Brazil, political maneuvering in Zambia, and corruption in Zimbabwe have each at one time or another helped undermine the legitimate emerald market.

There are many enthusiastic buyers of lab grown emeralds because of the price which is way below the price of natural emeralds. There is absolutely nothing wrong with these synthetics as long as the buyer is told what is being bought. Synthetic growth processes can closely approximate natural gem growth, which often makes it difficult to tell the products apart. It takes a trained and experienced gemologist with gem testing equipment to tell natural emeralds from synthetics. 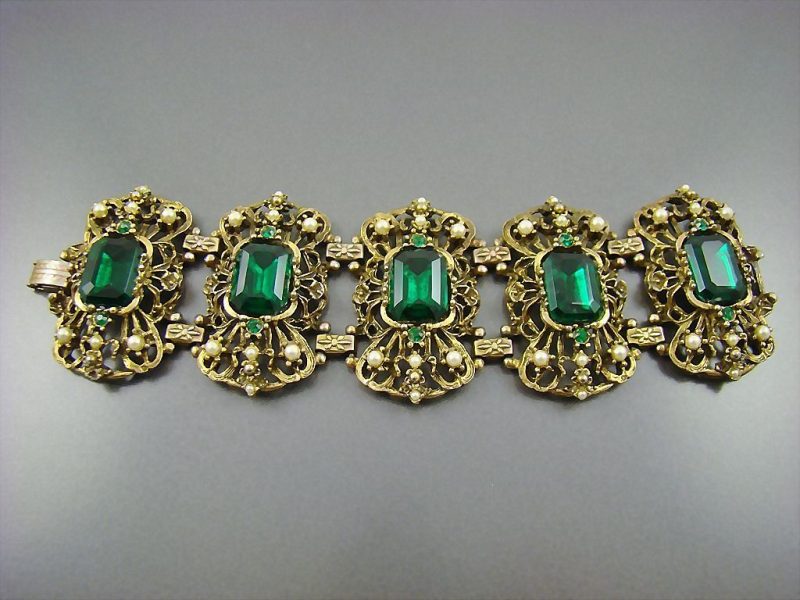 Egyptians began using glass to imitate emerald about 1600 BC.

On rare occasions, non-emerald beryl is coated with green plastic to pass for emerald.

Also, emerald imitations are fashioned from pieces of other materials. They are usually easily identified as imitations by gas bubbles, concave surfaces and rounded facet junctions.

It’s common knowledge in the trade that most emeralds are treated. Some are filled with oils, such as cedarwood. Others are filled with polymer resins to hide surface-reaching breaks and improve transparency. As with most treatments, there’s nothing wrong with this as long as the buyer knows that the stone is treated. 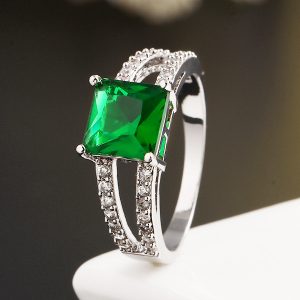 The most prized emerald hues are green to bluish green with intense vivid color saturation. Tone—lightness to darkness—also contributes to an Emerald’s value. The value is lower if it’s too dark, even if it has high saturation. If beryl is green, but too light in tone and too weak in saturation, it’s simply green beryl, not emerald.

Emeralds are brittle and need careful handling. Warm water, mild detergent and a soft brush should be used to clean emerald jewelry. Ultrasonic and steam cleaners are not safe as they can remove the oils, increase fractures and break the emeralds. Emerald jewelry should be stored in jewel boxes separately from diamonds and other harder gems.

This article is one of a 3 part series on gemstones. Watch out for our features on Rubies, and Sapphires.