It’s fitting that Teej, a Hindu festival for women, started as a show of solidarity.  According to Beliefnet:

“The Teej festival has its roots in Hindu mythology. Hindu scriptures say the goddess Parvati launched a hunger strike, demanding she be allowed to marry Shiva, the man she loved. Her friends soon joined her with similar demands, and the young women came to be known as “hadtalika,” or protesting girls.

Parvati’s father, Himalaya, ultimately bowed to his daughter’s demands, and Parvati had a happy life with Shiva, according to the myth.” 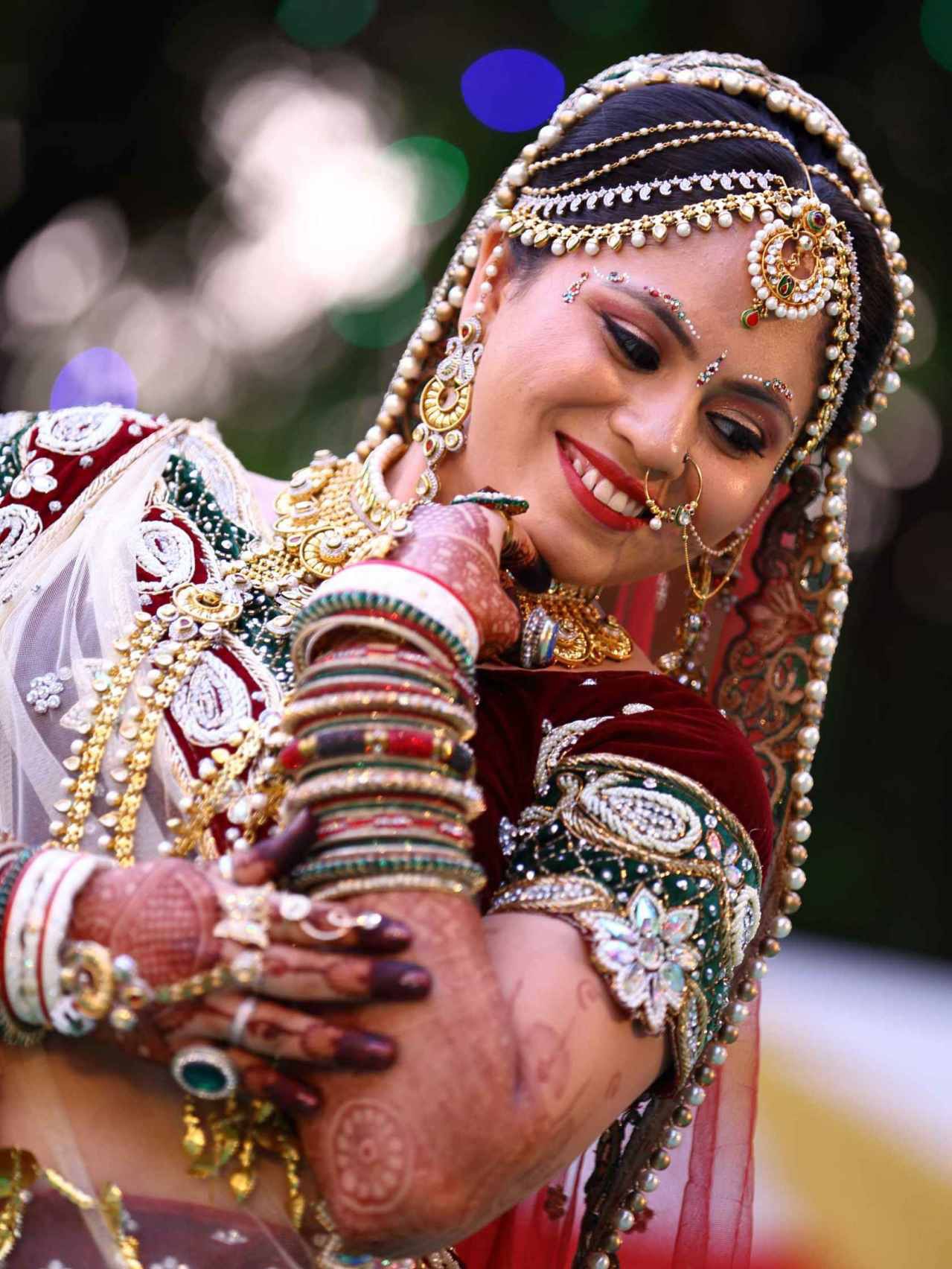 Today, Hindu women celebrate the ten-day festival decked out in red. There is a 24-hour fast, during which women pray for the good health of their husbands, followed by trips to temple. 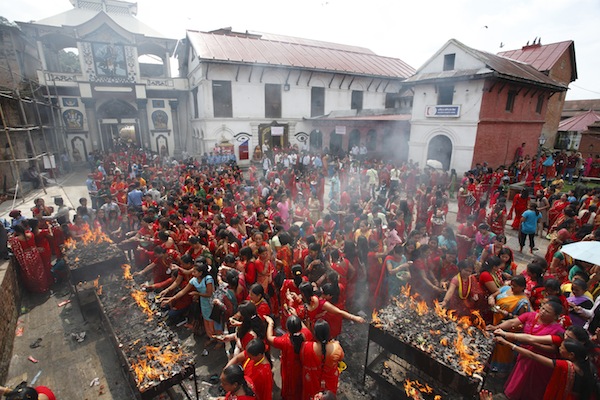 Women gather to light incense sticks and diyos (oil lamps) during the Teej festival in Pashupatinath Temple in Kathmandu. The festival is a three-day-long celebration that combines sumptuous feasts as well as rigid fasting. Through this religious fasting, Hindu women pray for marital bliss, the well-being of their spouses and children and purification of their own bodies and souls. 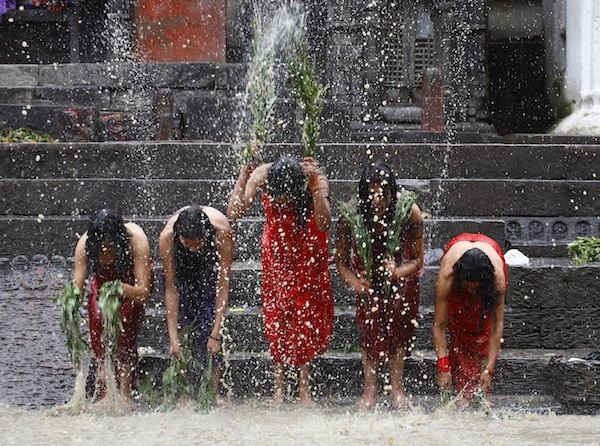 Women lash themselves with leaves of the Aghada plant along the banks of the Bagmati River, during the Rishi Panchami festival, in Kathmandu.

Rishi Panchami is observed on the last day of Teej when women worship Sapta Rishi (Seven Saints) to ask for forgiveness for sins committed during their menstruation periods throughout the year. 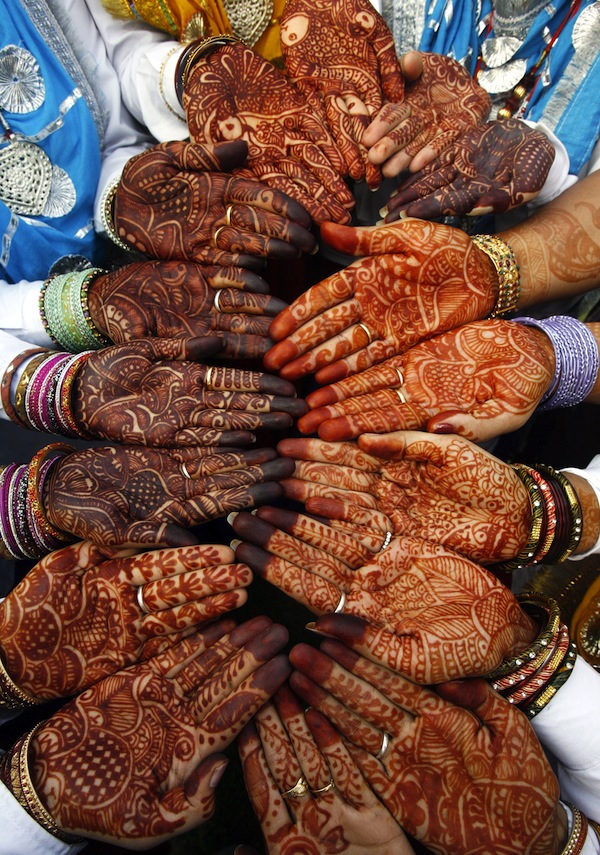 The Hindu religion considers menstruation as a representation of impurity and women are prohibited from taking part in religious practices during their monthly cycles.

Indian women folk dancers show their hands decorated with henna paste before their performance at a cultural program organised during the “Teej” festival.