Remember when you tried to get creative and bejewel your jean shorts or decorate your new tennis shoes with a sharpie pen? Well this is not that. In the Omo Valley of southern Ethiopia, the Surma and Mursi people don’t have glue guns, sewing machines, sequins or Sharpies to accessorise with.

Inspired by the tools and textiles provided by nature alone, these ancient African tribes manage to create their own unique fashion that could easily rival and certainly influence the avant garde looks of Haute Couture Fashion Weeks around the world. 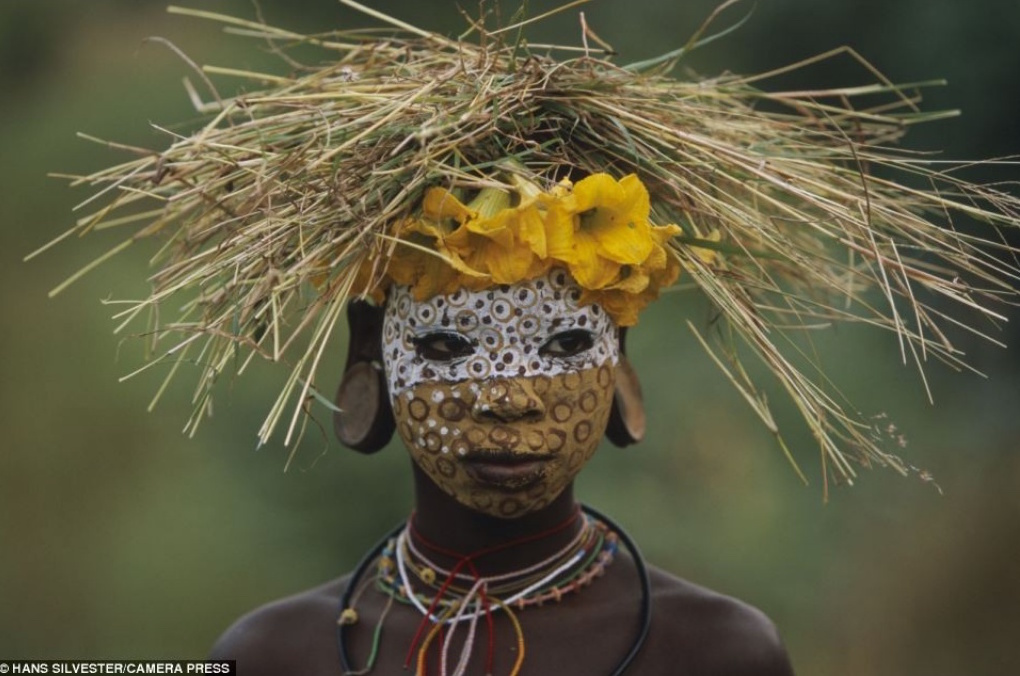 These rare photographs of what is believed to be among the most unique and remote tribal people in the world, were captured by German-born artist Hans Silvester.

Born in 1938, with an impressive career behind him, Hans has documented everything from the ravages of deforestation in the Amazon to the lives of women in the Great Indian Desert. 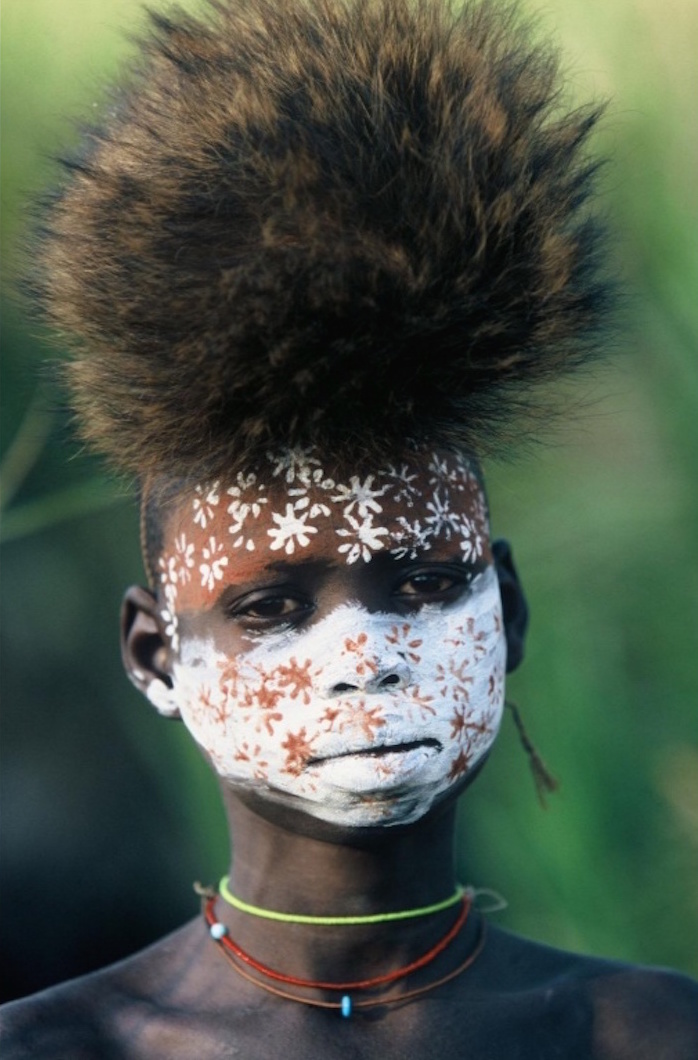 Body accessories and spectacular avant-garde looking headpieces are made with just flowers, leaves, grass, shells and animal horns. They have an exquisite and innate sense of form, shape and colour. 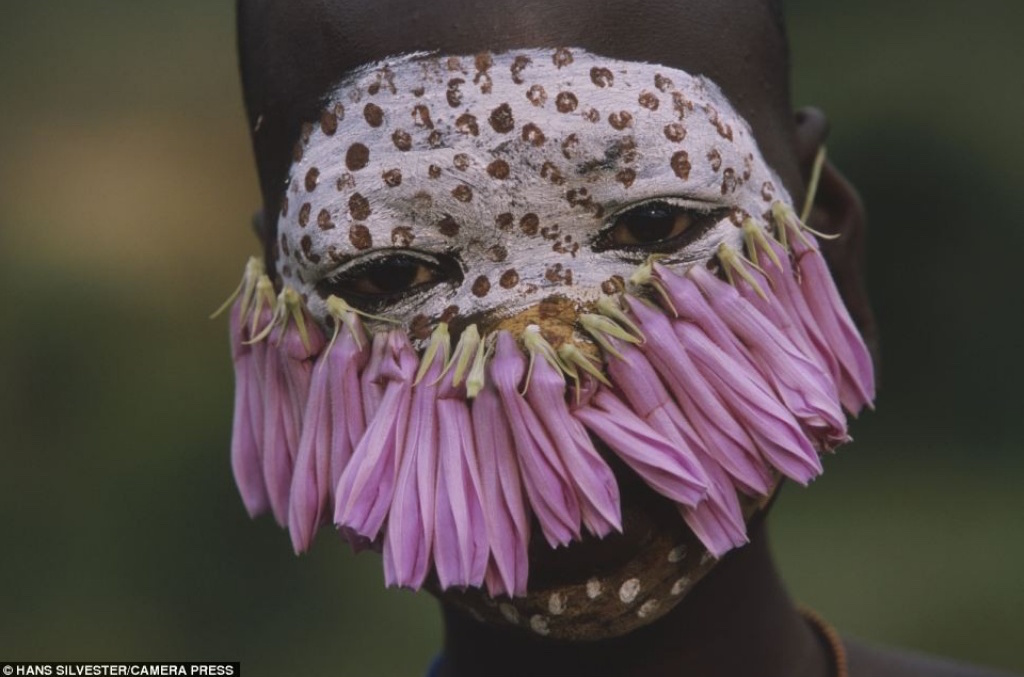 Because they are a nomadic people without permanent architecture on which to express their art, they use their bodies as their canvases, embelleshing their skin with mineral pigments from powdered volcanic rock and dressing themselves in “textiles” obtained from the natural world around them.

For his most recent work featuring the Surma and Mursi people, the photographer immersed himself into daily tribal life to chronicle and “save…as much as possible of this truly living art”. 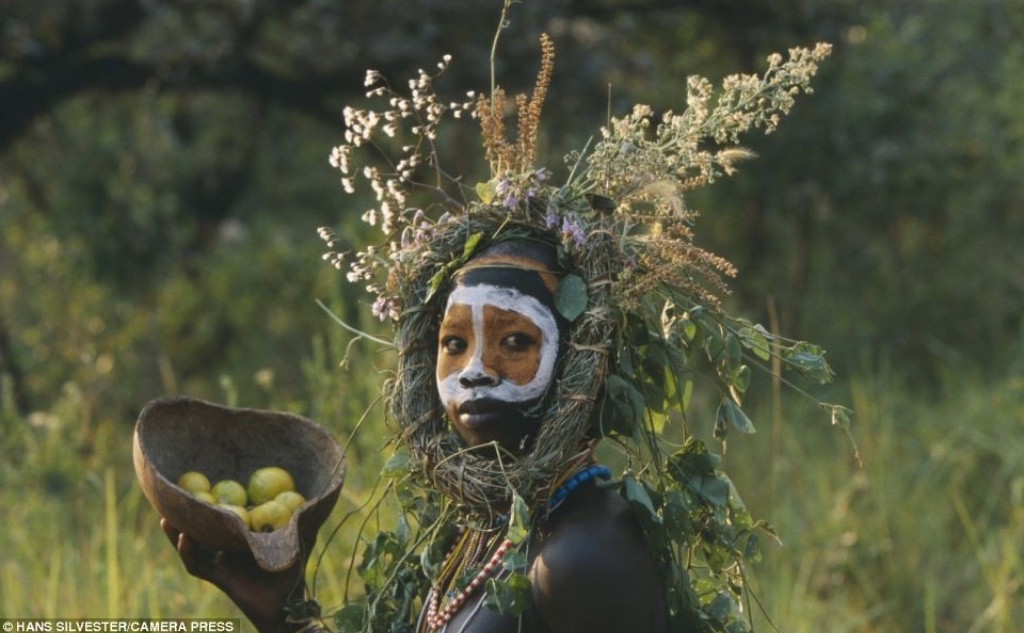 The two tribes reaching the southern end of Ethiopia and the northern part of Kenya share a similar culture. Their homelands are remote, located in desolate mountains in a largely unexplored region. But as civilization encroaches and civil war becomes more violent, Hans worries that these people will lose their beautiful tradition.

They have practised some of the same traditions that their ancestors did centuries ago living in the same remote area, but most tribes now carry AK47s to hunt or protect themselves from tribal rivalries, provided by parties in the Sudanese Civil War. Police allow foreigners to travel there only with a hired armed guard. 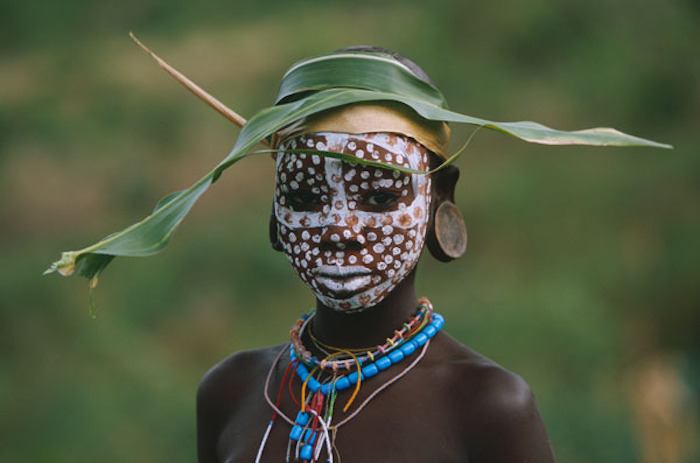 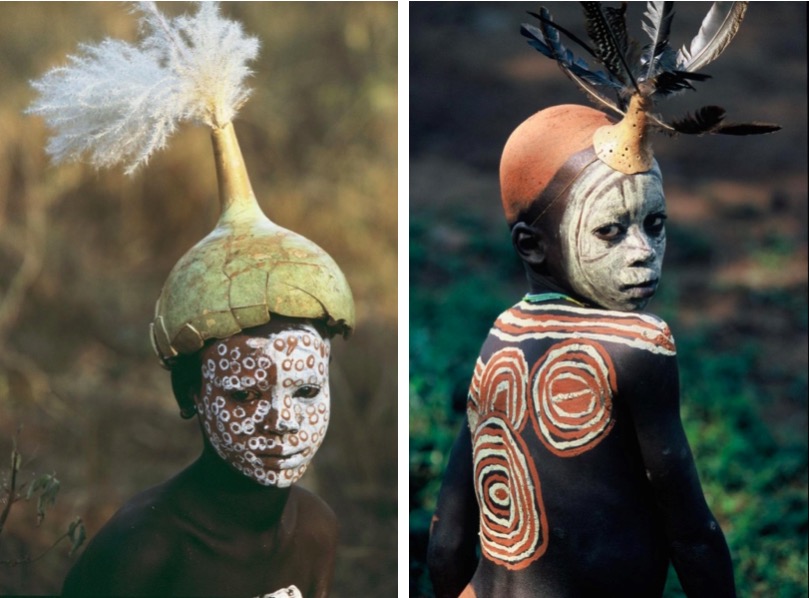 It’s also reported that visitors to the region are seeing the artistic traditions of the tribes being exploited for tourism, fueling fantasies of exoticism. Other photographers have expressed their disappointment at witnessing a “fancy-dress parade”, performed solely for the benefit of the visitor who pays for the privilege of photographing it.

While this leaves plenty of room for discussion on the corruption of tourism and its effects on these ancient tribes, it still does not take away from the fact that these women and adolescent children in particular, show an innate and unprecedented artistic sense.

Whether they actually dress like this on a daily basis or just once a year for a wedding, the fact is, they are clearly capable of creating something truly exquisite that deserves recognition. Why shouldn’t their talent for fashion be celebrated? Are we the only ones allowed to have fashion parades every season and do photo shoots for magazines?

What I love most about it is that it’s 100% original. You can be certain the tribespeople aren’t flicking through the pages of Vogue or looking back at style icons of the 60s for inspiration. Their fashion is truly inventive and they are each natural born fashion designers– even if it is just for a Westerner’s camera. It’s still art and surely, it shouldn’t be dismissed for those reasons… 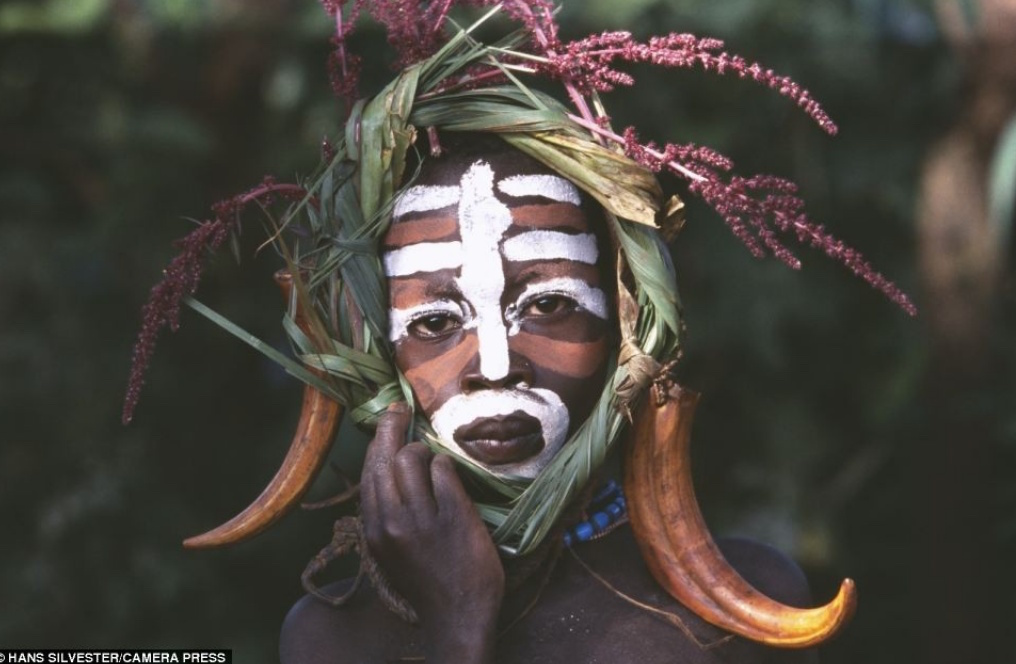 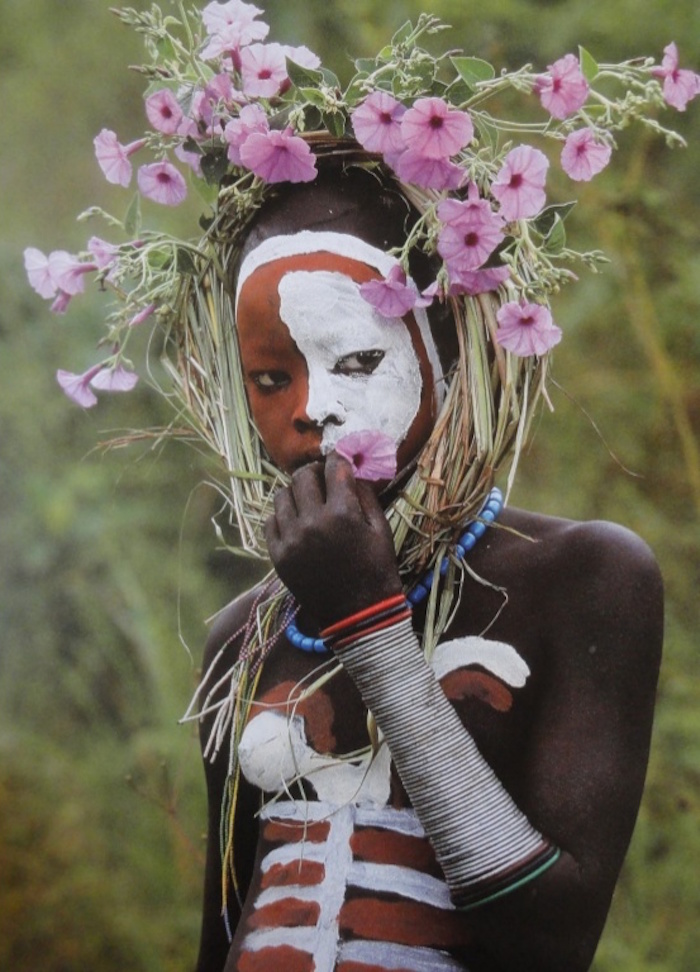 Far from the runways of Paris, the fashion houses of Milan and the glossy magazines at your local news stand, they are from an alternate fashion world, where what you wear is subject to mother nature’s infinitely changing elements, the colours “in season” truly do depend on the season, and individuality is the only trend. 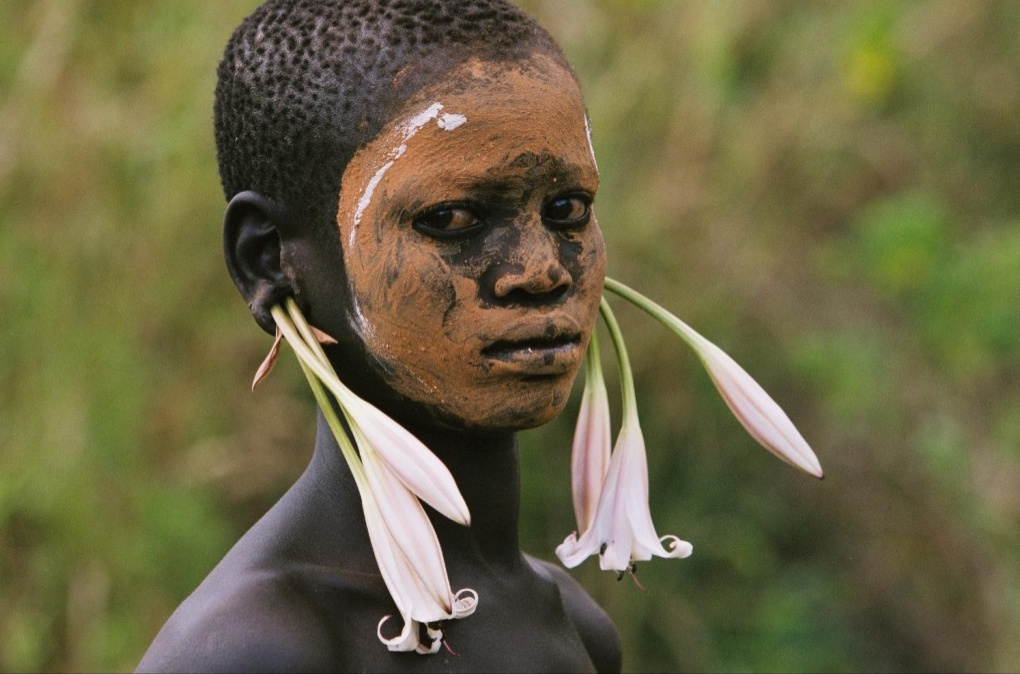 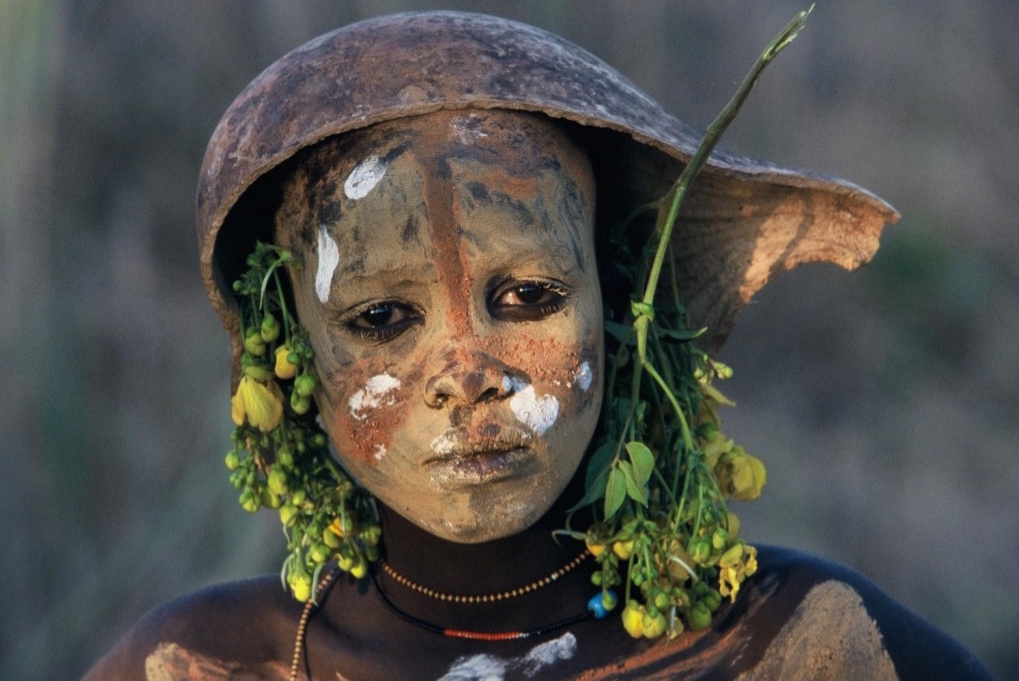 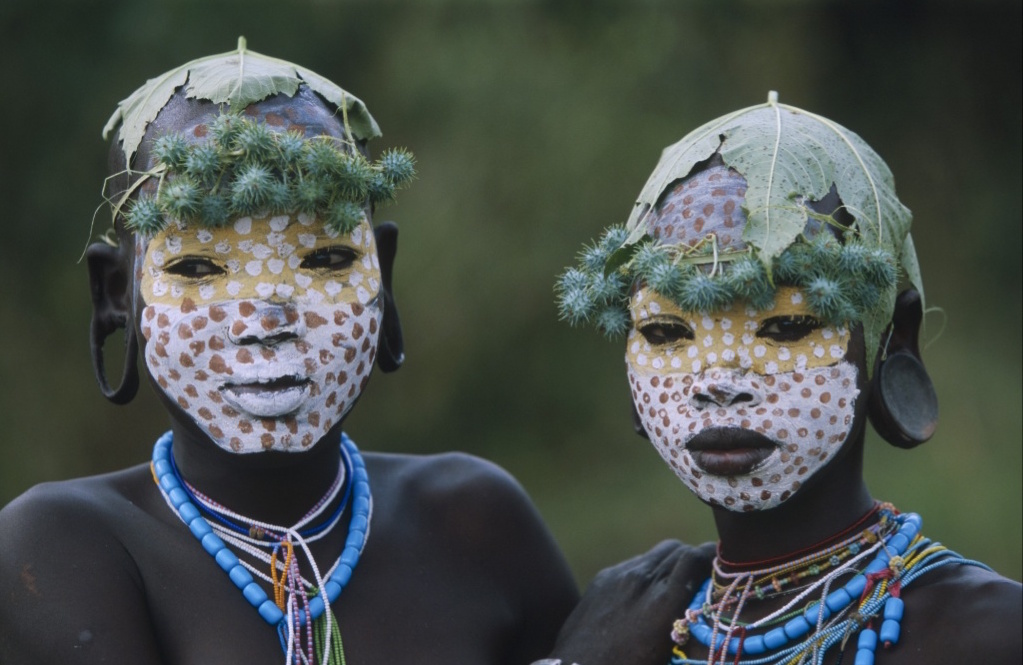 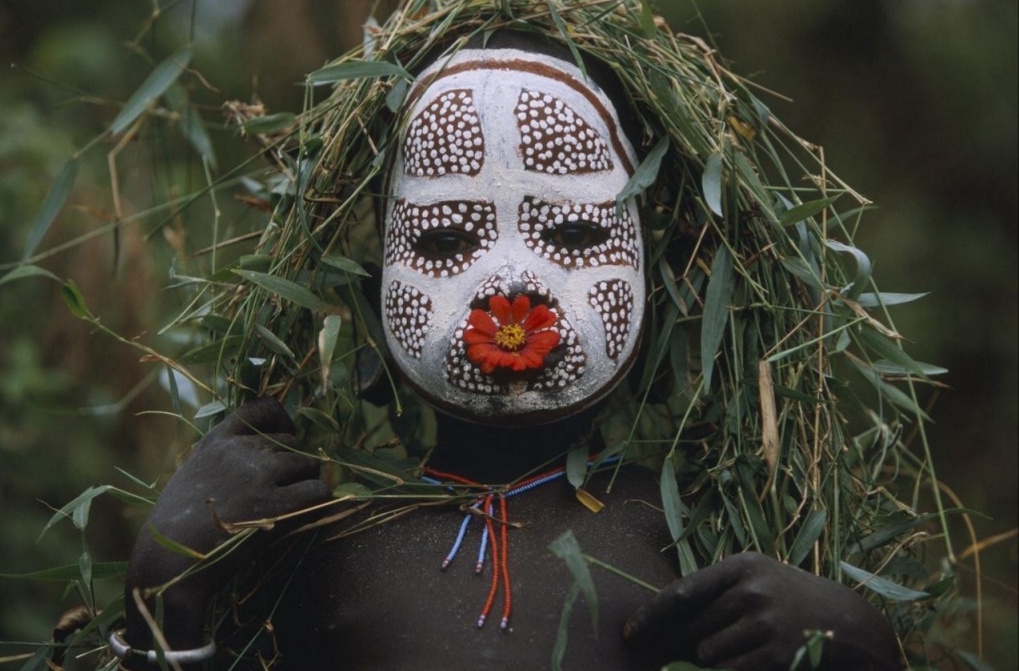 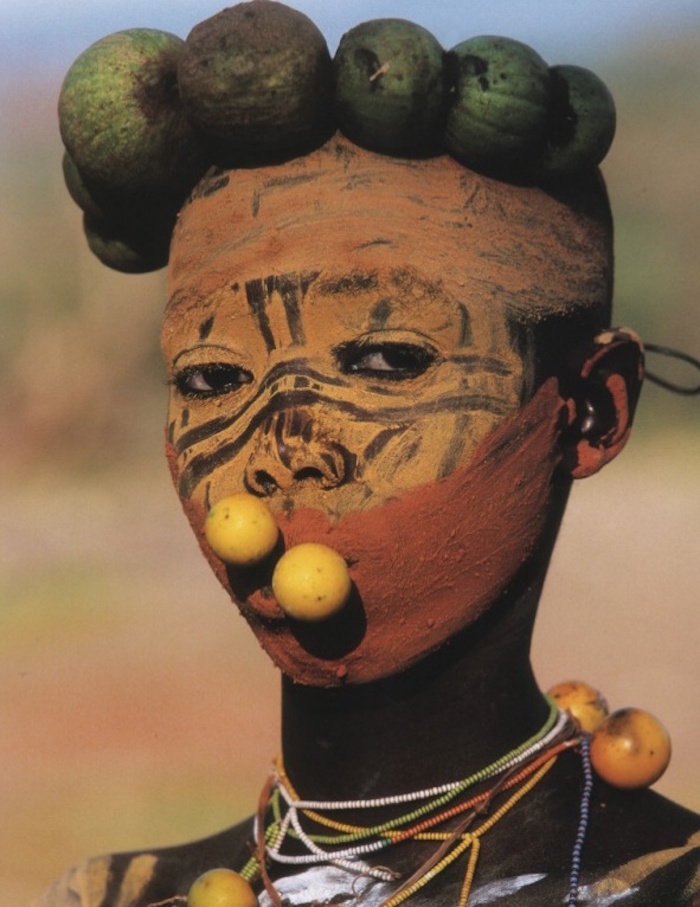 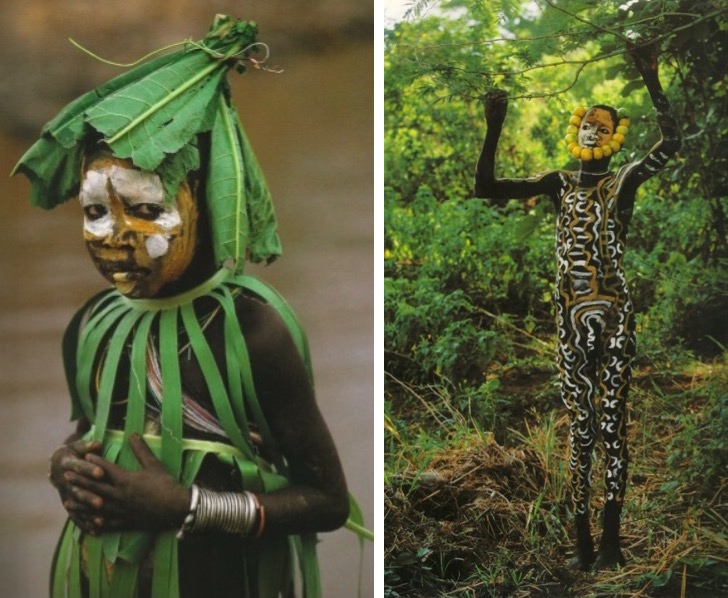 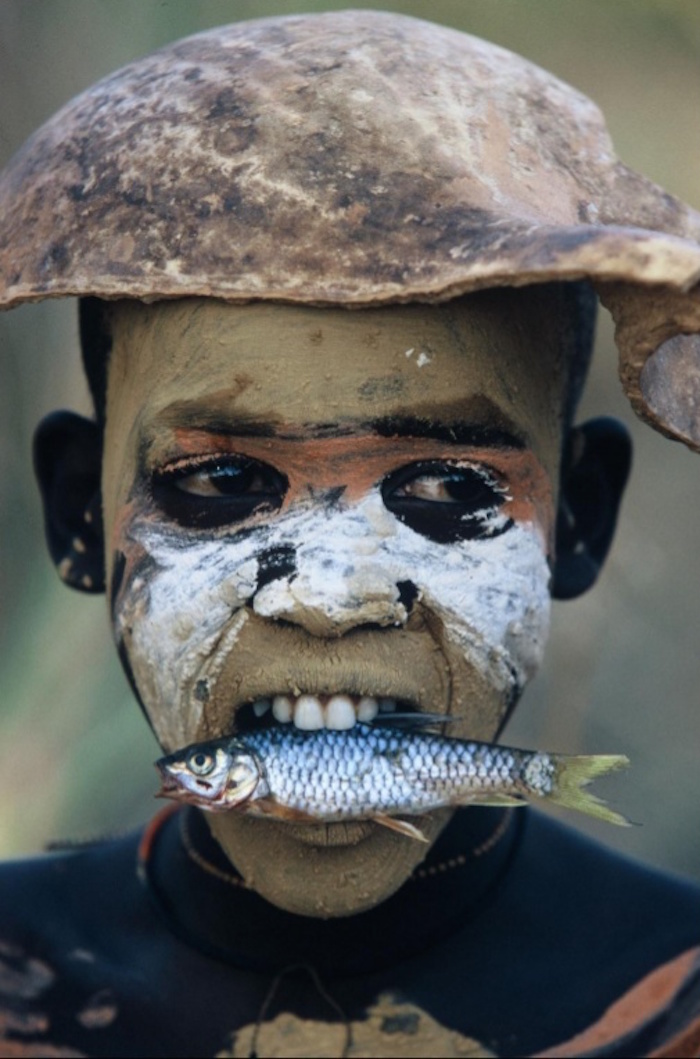 Photographs via the Marlborough Gallery.

Tell us what you think…….