Africa is home to so many species of exotic flowers that even a lifetime would not be enough to explore them. Many of them are yet to be studied and grouped. South Africa is very popular for the diversity and beauty of its flora. It is home to around 10 percent of all the flowering plant species that are known, of which around 80 percent are native to the country. Some of the native flowering plant species of Africa include protea, impala lily, flame lily, leopard orchid, amaryllis, ice plants, freesias, leopard orchid, African daisy, bird of paradise, gazania, and African iris. Many of the species have become ornamental plants in the United States. 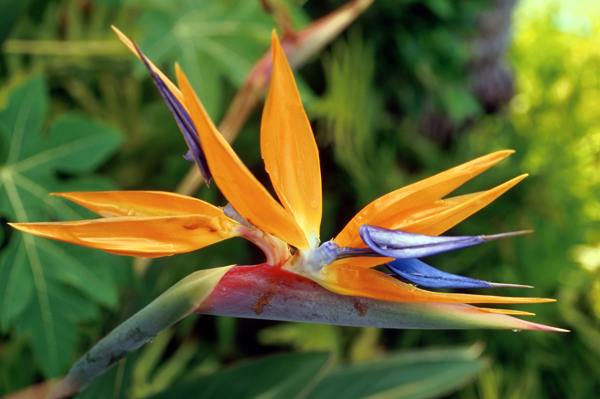 Strelitzia reginae is a flowering plant native to South Africa. It belongs to the family, Strelitziaceae and the order Zingiberales. It is one of the most popular perennial plants. It was first introduced to Europe in the year 1773, and then to other parts of the world. Its blooming time is autumn, winter, and spring. Strelitzia is a low-maintenance plant and is easy to care for. It can grow up to a height of six feet. Its large banana-like leaves are about 28 inches long. The beak-like casing from which the flower comes out is known as the spathe, which is at right angles to the stem. Due to this, the flower looks like a bird’s head. The flower has three orange sepals and three blue petals. The flowering plant is known by various names such as Strelitzia, Crane Flower, or Bird of Paradise. 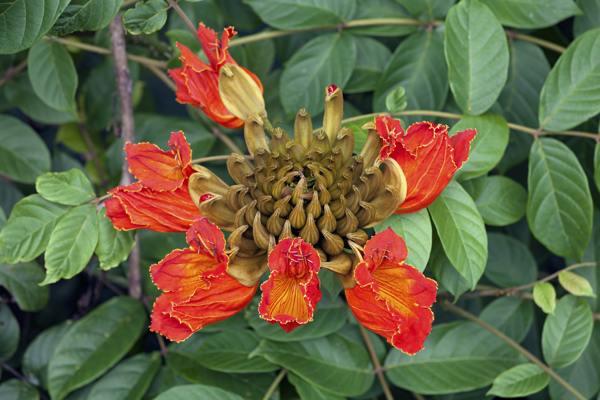 Spathodea campanulata is one of the most spectacular flowering plants that is indigenous to the tropical dry forests of West Africa. It belongs to the family Bignoniaceae and order Lamiales. The leaves grow about one to two feet long and have a bronzy colour. The horn-shaped buds that appear in large clusters, are produced at the branches’ tips. The lowest tier buds flare up into red orange (yellow in some cultivars) tulip-like bells. They also have crinkled margins. The flowers grow about 10 centimetres long. The tree flowers throughout the year, but the peak blooming season is spring. The plant is popular by the names fountain tree, African tulip tree, pichkari, or Nandi flame. 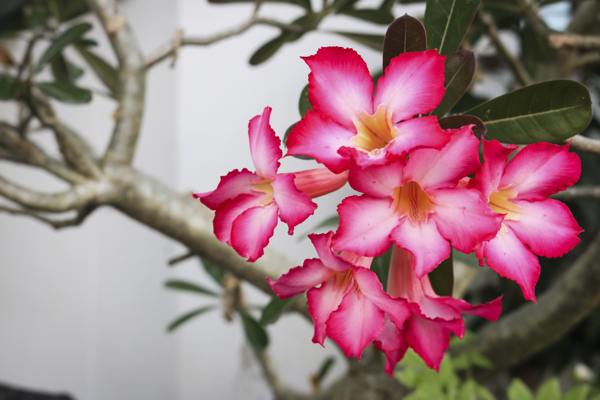 Adenium obesum  is a flowering plant species belongs to the family Apocynaceae and order Gentianales. It is native to the Middle East, southern, tropical, and subtropical Africa. The tropical plant is tolerant to drought. The plant flowers in winter and lasts until summer. It grows around 3 meters in height. It has a thick trunk and a woody base known as caudex. Clumps of leathery leaves appear at the branch tips and are arranged in a spiral manner. The flowers are bell-shaped and beautiful. They have five petals and are around five centimetres in length. The flowers are red or pink in colour often with a whitish flush. The popular names for the plant are Sabi star, kudu, mock azalea, impala lily and desert rose. 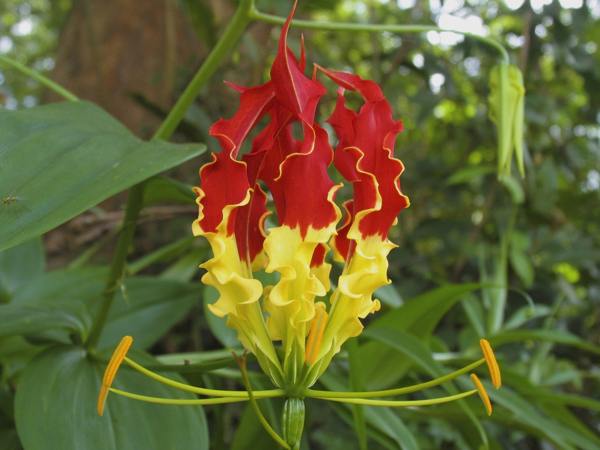 Gloriosa superba is a tuberous herb that belongs to the family Colchicaceae and order Liliales. It is widely distributed in tropical and southern Africa and in tropical Asia. The name of the flower has been given due to its bright red and yellow flowers. The name Gloriosa comes from the word gloriosus, which means good-looking and superba comes from the word superb, meaning splendid. It grows well in sandy-loam soil in sunny conditions. The petals of the flowers are elongated and wrinkled. The stamens are prominent and disperse outwards in graceful curves. The flower is around 5 centimetres in length. The leaves are bright green in colour. All parts of the plant are extremely toxic due to the presence of alkaloids so ingestion can cause death. The popular names for the species include common names like flame lily, climbing lily, creeping lily, glory lily, gloriosa lily, tiger claw, and fire lily. 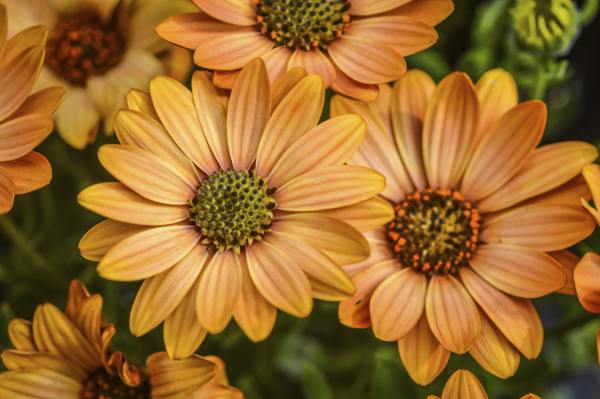 Arctotis is a perennial plant which belongs the family Asteraceae. It is popular by the name African Daisy. The flowers are spectacular and are daisy-like in appearance. They have a variety of colours like creamy to pale yellow, orange and others. The centres of the flowers are black. The blooming season is from spring to summer. The flowers tend to close in the late afternoon or in dull weather 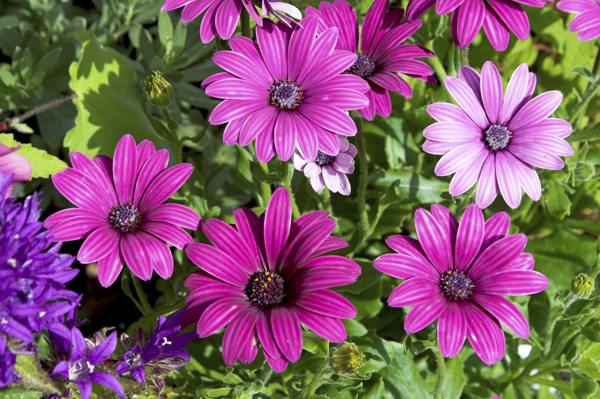 Carpobrotus edulis is a flowering plant native to the coastal areas of South Africa. It belongs to the family Aizoaceae and order Caryophyllales. Common names for it are hottentot, ice plant, highway ice plant or pigface. The flowers are large, daisy-like and purple or dark pink in color. They bloom especially during late winter-spring. The ground-hugging succulent perennial has succulent leaves which are used as an antiseptic to treat sore throat. 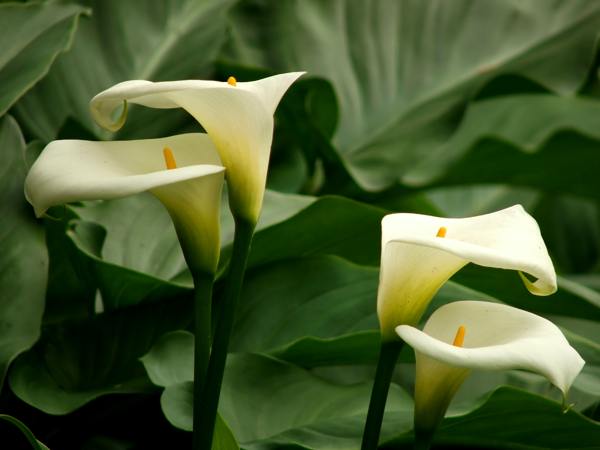 Zantedeschia aethiopica plant is a herbaceous or semi-evergreen perennial that comes from the family Araceae and order Alismatales. It is endemic to South Africa and widely naturalised throughout the tropics. It grows in marshy areas. It is one of the most widely known plants. The perennial grows up to 3 feet in height. The leaves are long, spongy, and dark green, and shaped like an arrowhead. The flower is characterised by a light yellow spadix with many tiny flowers surrounded by a brilliant white, showy leaf-like bract or spathe. The blooming seasons are spring, summer, and autumn. It is also known as Arum Lily or Calla Lily.