Africa has been well known as a hub for tourist activities with its beautiful mountains and safaris in South Africa, Kenya, and other parts of Africa. These activities have attracted a lot of investment opportunities into the continent which has greatly contributed to the growth of African Economies. Despite this boost, there are still a lot of these sites that have not being fully explored. The Mulanje Massif, also known as Mount Mulanje, is a large monadnock in southern Malawi only 65 km east of Blantyre, rising sharply from the surrounding plains of Chiradzulu, and the tea-growing Mulanje district. 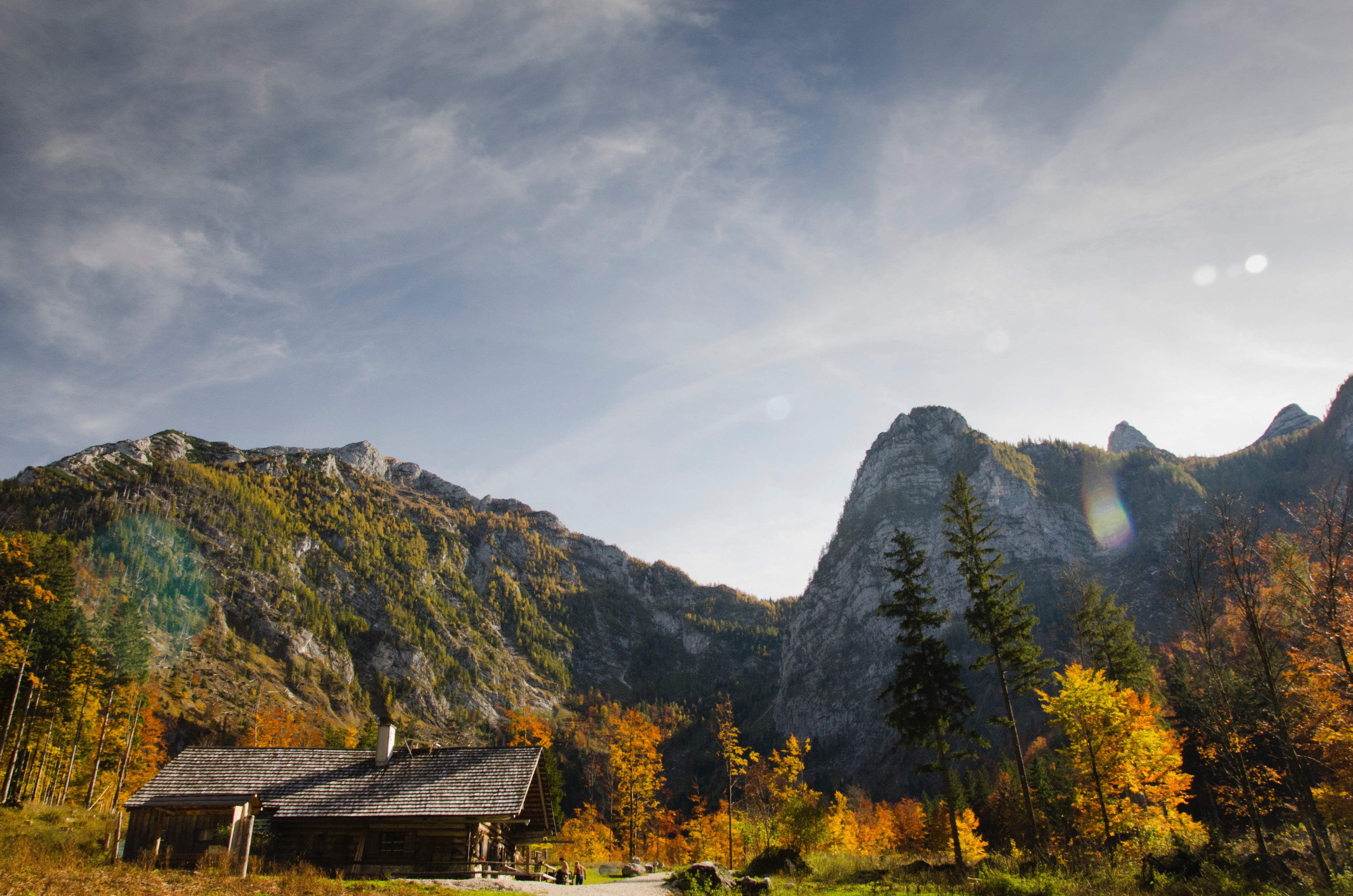 It is a beautiful mountain with numerous trails, peaks, and other attractions such as hot pools, waterfalls, etc. The highest peak is Sapitwa, at 3,001 meters (9,846 ft), the highest peak in Malawi. Mt. Mulanje is regarded by many as one of the most beautiful mountain hiking areas in Africa.  The mountain covers an area of more than 1,000 sq km. On its slopes grow the Mulanje cedars, some of them over 200 years old. Deep gorges, impressive waterfalls and trout streams cut their paths from its heights, while in the lush foothills are tea plantations. The Chambe, west face direct, is claimed to be one of the longest rock climbs in Africa, offering 1675mtrs of roped climbing. There are a couple of regular routes climbed, starting at Likhubula Forestry Station these are the Skyline Path to Chambe Basis and the Lichenya Path to Lichenya Plateau. 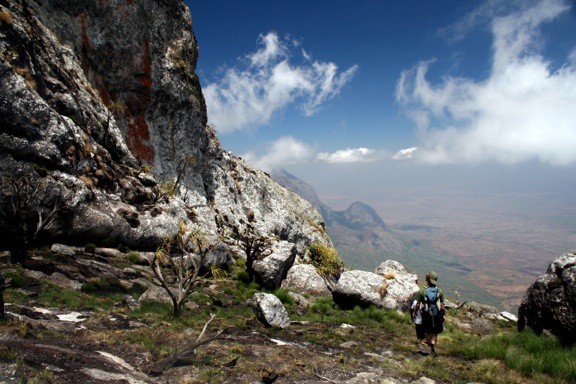 The Massif is popular for hiking and climbing, and has several mountain huts scattered across it which are maintained by the Malawi Mountain Club and the Malawi Forestry Department. Sapitwa peak was first climbed in 1894, and is now the most popular climb on the plateau. In 2014 the site was unsuccessfully nominated for World Heritage Status. 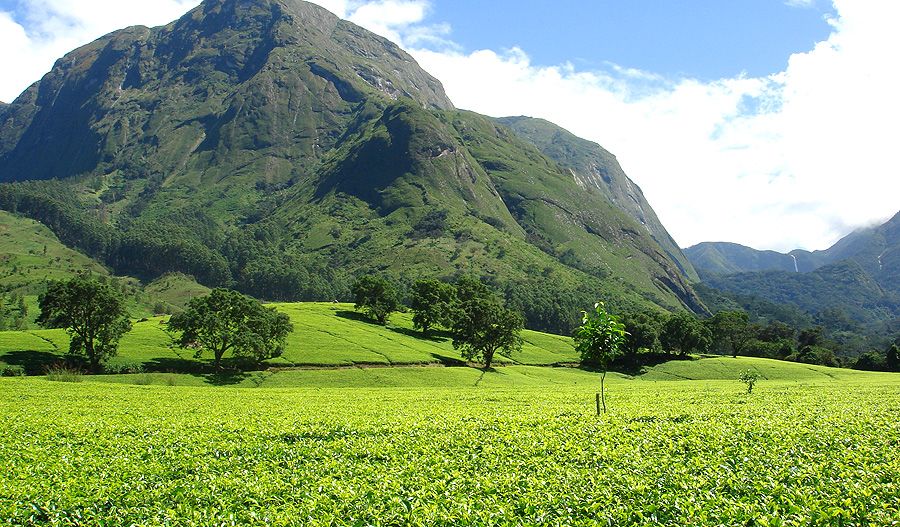 Mulanje Mountain provides vast business opportunities for both local and foreign investors. Driving in a good quality tarmac road from Blantyre, one is greeted by tea estates. The trading centers on this road are full of locals selling Macadamia nuts. The nuts are used in various market segments including ingredients for chocolates, biscuits and cakes, and ice cream among others.  Mulanje district is a growing district of pineapple and bananas thus providing investment opportunities for food processing industries. This is due to the availability of the raw materials found in bulk and at a very affordable cost hence the potential of realizing high profits. 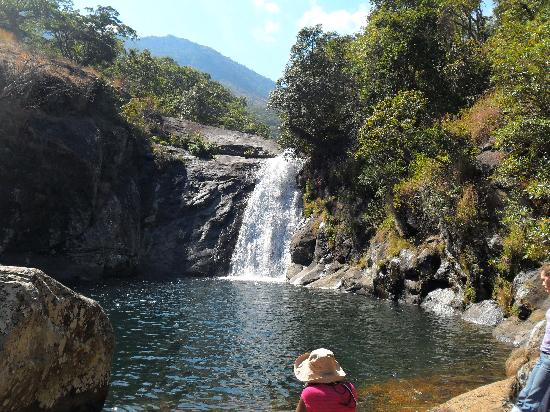 The mountain harbors unique species of animals that are not found anywhere else in the world. Herpetologist, Yankho Chapeta, stated that there are certain reptiles that are found only in Mulanje Mountain in the world. These include Mulanje Pygmy chameleon (Rhampholeon platyceps) and the Mulanje Chameleon ( Nadzikambia mlanjesis) , the king dwarf gecko  and butterflies that are endemic to mount Mulanje in Malawi. Yankho also pointed out that the Mount is especially rich in endemic plants such as Mulanje cedar. With these treasures, it is logical to argue that the mountain doesn’t only provide a vast tourism experience of natural species but it also provides a conducive place for conducting research in different disciplines on planet earth. 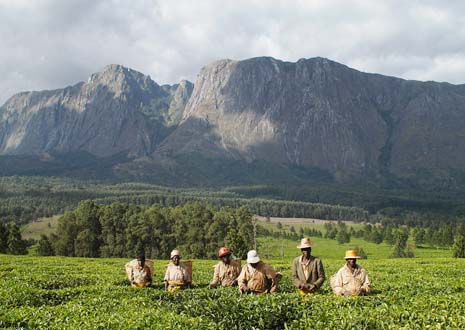 As part of the warm heart of Africa, people that surround Mulanje Mountain are true carriers of the Malawi brand, the warm heart of Africa. This is due to their hospitality and warmth when dealing with visitors. With a strong religious background, the people know how to respect visitors and help them appreciate their history and culture.  In this regard, Ministry of Tourism Principal secretary, Elsie Tembo was quick to point at the rich cultural heritage of the Mulanje people as a unique feature that every visitor enjoys. This ranges from their traditional dance, Manganje that provides stunning customary entertainment in the world for both the dancer and spectator.  The architecture of their traditional houses, Lomwe language, myths about the mountain that have transferred from one generation to another, combine to make Mulanje mountain the next destination for everyone,  from an investor to a tourist. Did you Know? The famous Author Tolkien wrote The Hobbit shortly after climbing Mount Mulanje.