The holidays are coming and you’re thinking of fun things to do? Why not arrange a trip to visit the real-life locations where your favourite horror movie was shot? While many scary flicks are filmed on sets, some use real places for their backdrops—locales that often possess their own spooky history every bit as ominous as what ended up on the silver screen.

Pack up for one creepy trip. From the cursed house of Michael Myers to the deadly stairs in The Exorcist, here are 6 real-life horror movie locations you can actually visit… if you dare. 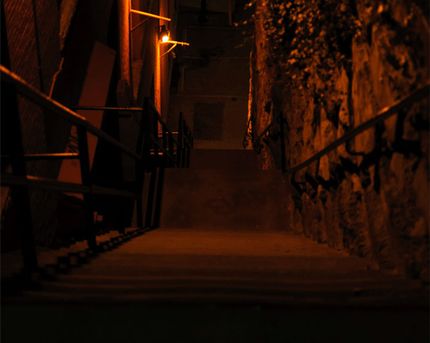 While you may not be able to go into the house that served as Regan’s home in The Exorcist, which is now a private residence, you can still join countless film tourists every year in exploring the famous stairs down which Father Karras took his climactic tumble. The narrow stone steps are on the corner of Prospect and 36th, leading down to M Street in Georgetown, Washington D.C. 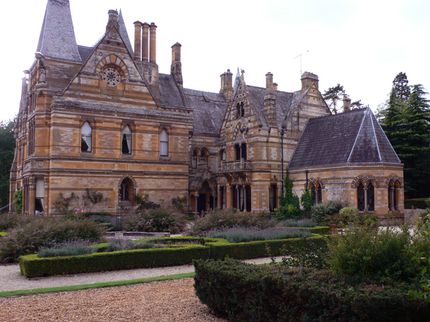 Possibly the most famous haunted house in all of literature or film, the titular abode from Shirley Jackson’s The Haunting of Hill House has been represented on celluloid by two different but equally striking English manors. In the original 1963 version of The Haunting, the Ettington Park Hotel in Warwickshire, England portrayed the exterior of Hill House.

The hotel has a history of paranormal phenomena, and many cast members reported feeling uncomfortable during shooting. In the lackluster 1999 remake, it’s the exterior of Harlaxton College that stands in for the outside of Hill House. 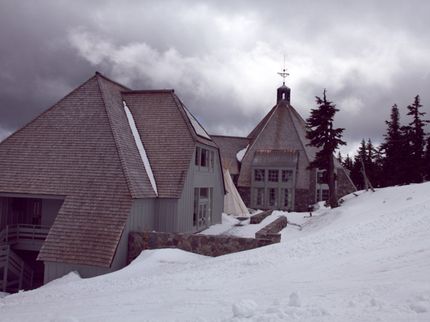 While it was the Stanley Hotel in Colorado that inspired Stephen King’s novel The Shining, most of the exteriors for Stanley Kubrick’s freaky film adaptation were shot at the Timberline Lodge in Oregon. The mountain hotel is still in operation, and offers special Shining-themed experiences. While there’s no actual room #237 at the Timberline, room #217, which is the room number used in King’s novel, remains the most sought-after unit in the hotel. 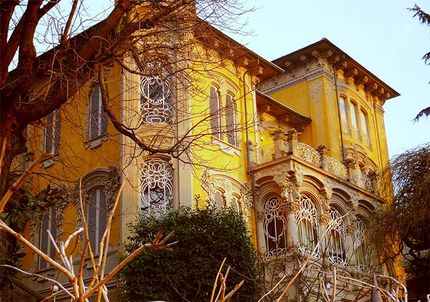 Fans of Italian Giallo cinema will recognise the Villa Scott in Turin, Italy as the abandoned home at the heart of the mystery in Dario Argento’s bloody classic Deep Red. At the time that Argento was filming, the villa was a girls’ school run by nuns, which itself seems like a prime setting for a Giallo film. These days, however, it truly is abandoned, so who knows what secrets you might find walled up inside? 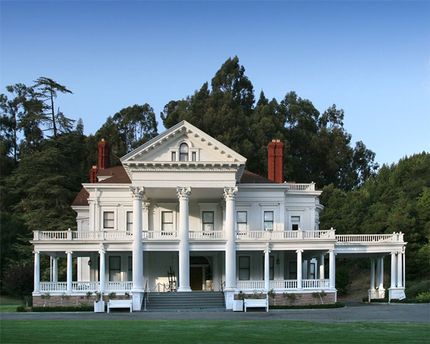 Not content to lend its façade to fuel just one of our cinematic nightmares, the Dunsmuir House and Gardens located in Oakland, California has stood in for the Morningside Mortuary in Phantasm, the sinister house in the 1976 Dan Curtis film Burnt Offerings, as well as making appearances in So I Married an Axe Murderer and the Roger Moore James Bond film A View to Kill.

The Dunsmuir House is available to rent for special events and weddings, as long as you don’t mind the Tall Man possibly stopping by. 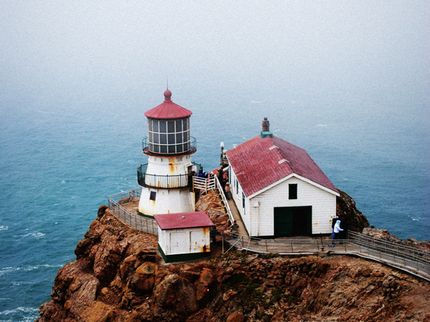 Much of John Carpenter’s classic 1980 ghost story The Fog was actually shot in Point Reyes Station, California, including the iconic Point Reyes Lighthouse, which sits at the bottom of 308 precipitous steps.

Which horror movie site would you like to visit?