Situated in West Africa, Cameroon, shaped like an elongated triangle, contains an area of 475,440 square kilometers (183,568 square miles). Comparatively, the area occupied by Cameroon is slightly larger than the state of California.

There are four geographical regions: the western lowlands, which extend along the Gulf of Guinea coast; the northwestern highlands, which consist of forested mountains, including Mount Cameroon, the nation’s only active volcano and the highest peak in West Africa; the central region, which extends eastward to the border with the Central African Republic; and the northern region, which is essentially a vast tropical plain that slopes down to the Chad Basin. 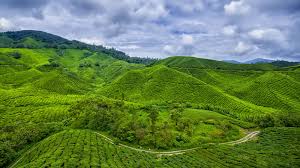 The southern and northern regions of the country are two distinct climatic areas. In the south there are two dry seasons, December to February, and July to September. The northern part of the country has a more comfortable climate.

The staple foods eaten by the people of Cameroon vary from region to region, depending on climate, and what is grown locally. In general, the Cameroonian diet is characterized by bland, starchy foods that are eaten with spicy (often very hot) sauces. Meat on skewers, fried and roasted fish, curries and peppery soups are common dishes. 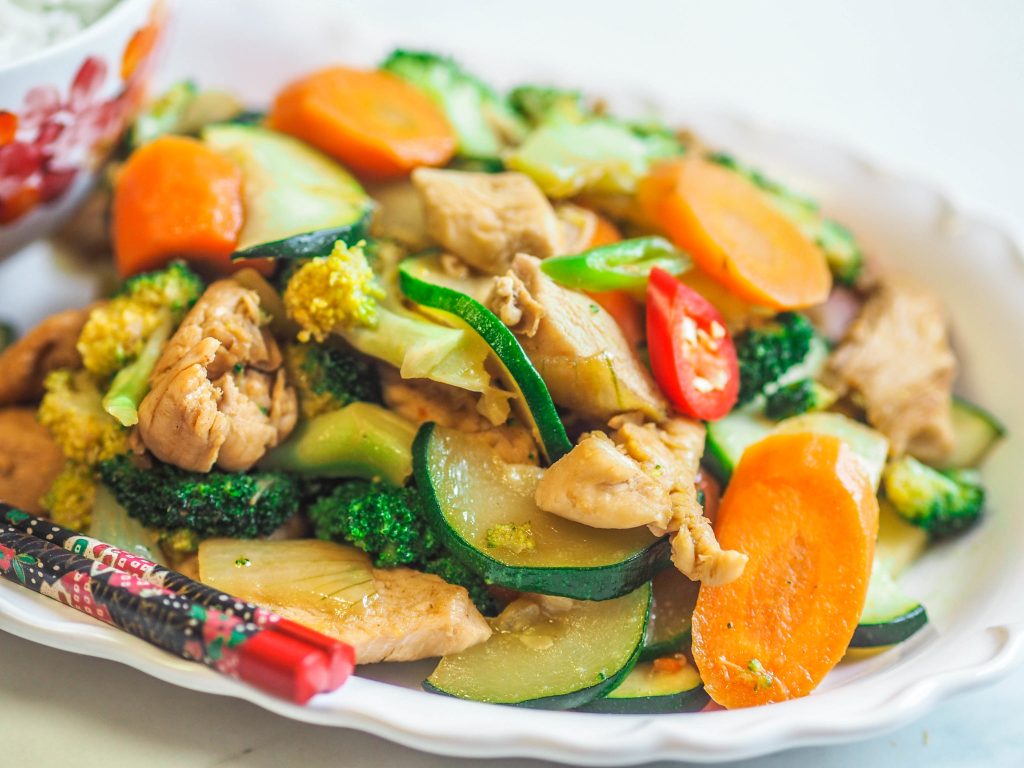 Below are 4 of the most common staple traditional Cameroonian meals that you need to eat at some point or the other.

Ndolé :  Ndolé is a Cameroonian dish consisting of stewed nuts, ndoleh (bitter leaves indigenous to West Africa), and fish or beef. The dish may also contain shrimp or prawns. It is traditionally eaten with plantain, bobolo (a Cameroonian dish made of fermented ground manioc or cassava and wrapped in leaves), etc. It’s rumored to be the un-official Cameroon National dish.

Accra Banana– These are deep- fried puffs which are made out of banana and some sort of flour, cornmeal, cassava , garri .. the possibilities are endless . Many African cultures share a love of Accra banana/Corn fritters in one disguise or another. Some people eat this for breakfast with pap/akamu, it can also be a good accompaniment to grilled fish or beans or any other meal.  It is best served hot with hot sauce  on the side. 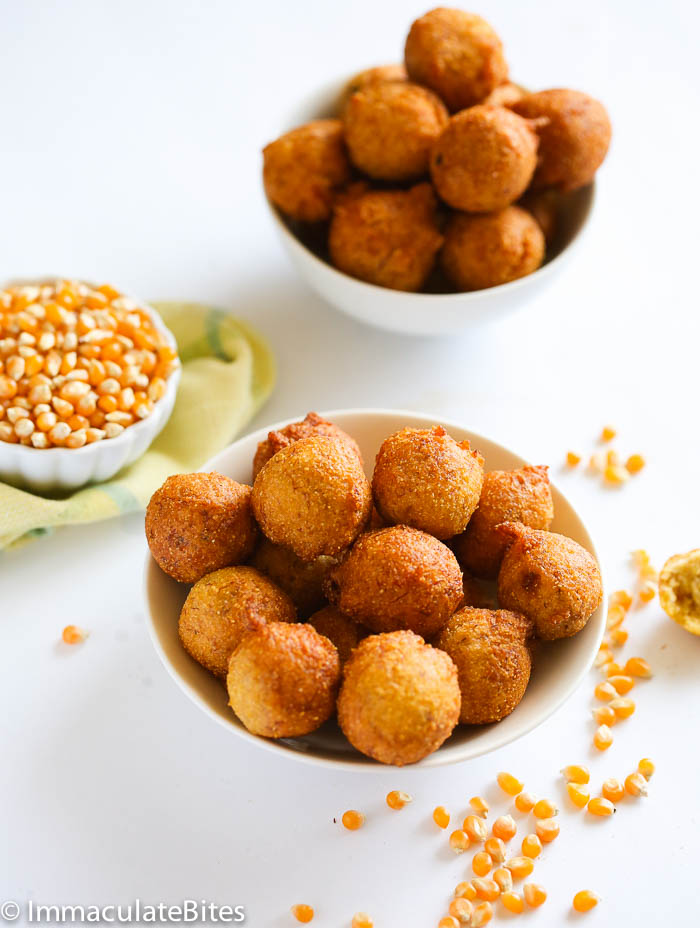 Ekwang: This meal is made up of cocoyams wrapped in cocoyam leaves and simmered with spices.  The coco yams are peeled and using a special grater, it is ground into the paste. A bit of salt is added to it. The paste is then wrapped in small pieces of leaves of coco yams and lined up in the pot in a circular manner. Water, palm oil, crayfish, dry fish, maggi, pepper, Njangsa and other spices are added and cooked until ready. 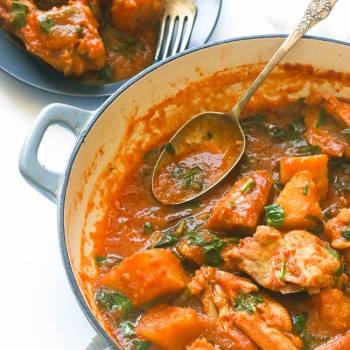 Kati- Kati :Kati Kati is one of the most ancient and distinctive dishes of the Nkom people, in the Northwest province of Cameroon. Yes, they do date back in time and they are definitely different- in a good way.   Made the traditional way, it starts with fresh-butchered organic chicken -roasted over open flame with salt and freshly ground pepper only. Then it is  lightly simmered in palm oil with Maggie (chicken bouillon) and served with corn fufu (polenta) and vegetables. 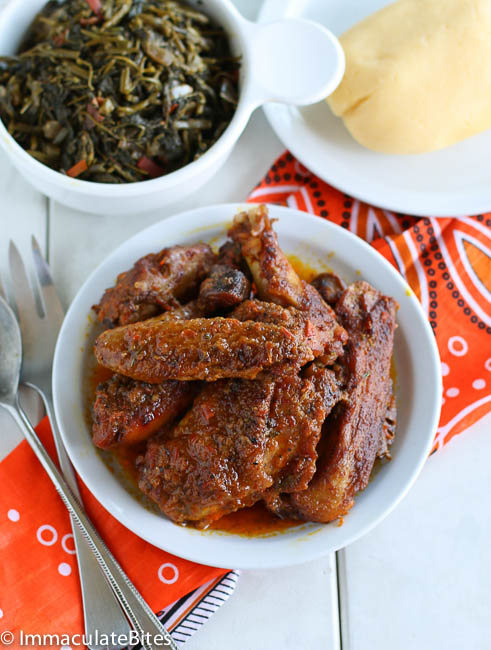