Drinking tea is a tradition that’s said to date back to 2737 BCE, when, according to legend, Chinese emperor Shennong found his hot water was greatly improved when a dried leaf fell from a plant into his cup. Since then, tea drinking has spread around the world, its recipes and preparations evolving along the way.

Here’s how to enjoy a cup around the globe.

A mix of mint, green tea leaves, and a generous serving of sugar, Touareg tea (also known as Maghrebi mint tea) is the customary blend in this North African country. Poured from up high into slim, delicate glasses, it’s served three times to guests. Each time the flavor varies slightly. Per the proverb: “The first glass is as gentle as life, the second is as strong as love, the third is as bitter as death.” Refusing any one of these servings is considered the height of rudeness. 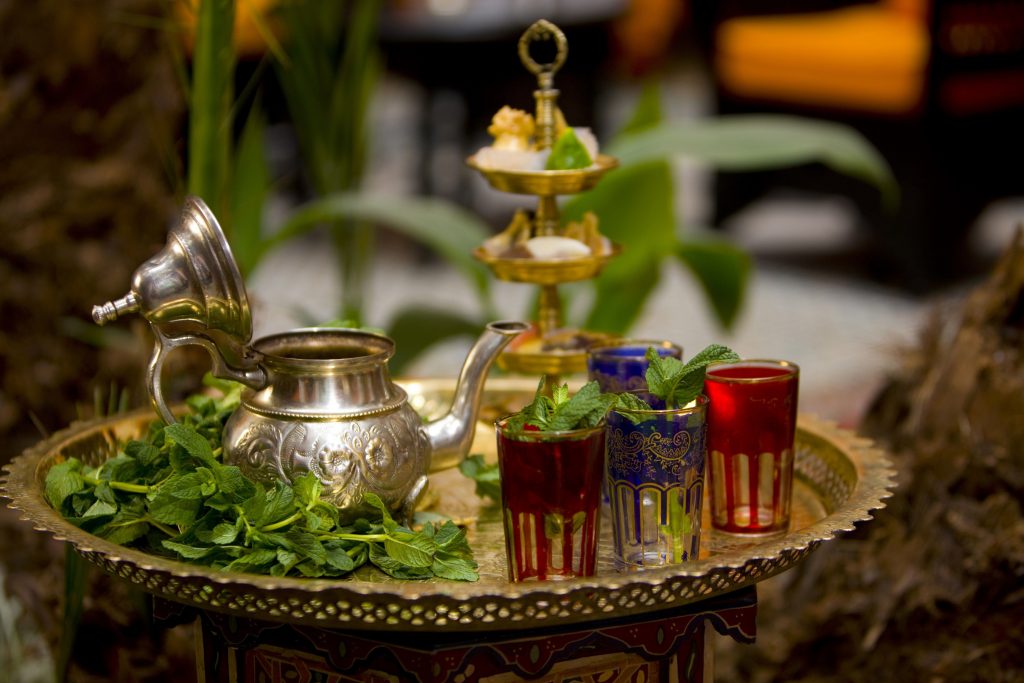 India is both a huge producer and consumer of tea. But for all its variants, the country is best known for its chai blends that mix black tea leaves with spices like cinnamon, ginger, nutmeg, cloves, cardamom, and pepper. Though regional recipes vary, this spicy tea is such a quintessential element of day-to-day life that is sipped on the go, offered to house guests, and found for sale on nearly every street. Vendors called chai wallahs traditionally sell their brew in small sustainable clay cups made from local earth. Some people consider the dust of these clay cups to be a crucial ingredient to get the true taste of this national drink. 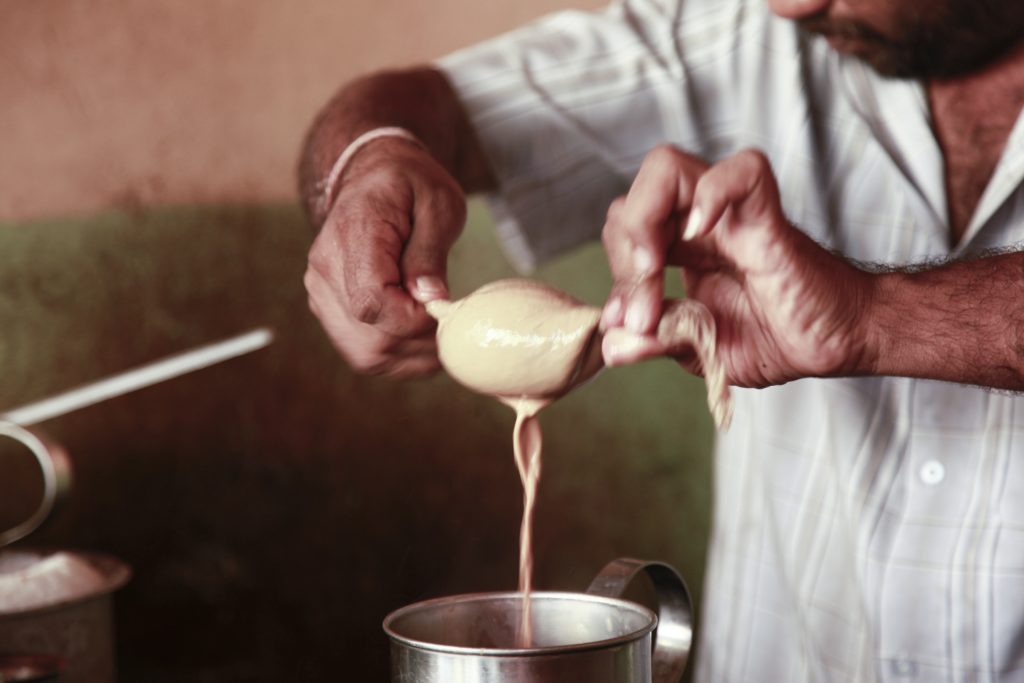 The tea traditions of Russia were forged in its leaner days, where food and drinks needed to be stretched to serve as many as possible. From these shortages came zavarka, a loose-leaf tea concentrate brewed in a small metal container called a samovar. In this vessel, a very strong (usually black) tea is brewed and then served in large mugs. However, you wouldn’t dare fill the mug. Instead, guests take an inch or less of this powerful concoction that they then tame with boiling water as desired. Russians typically drink it black, but hosts will offer milk and sugar, as well as an accompanying snack. Serving zavarka without cookies, crackers or some other munchable is to serve it “naked” and is considered wildly rude. 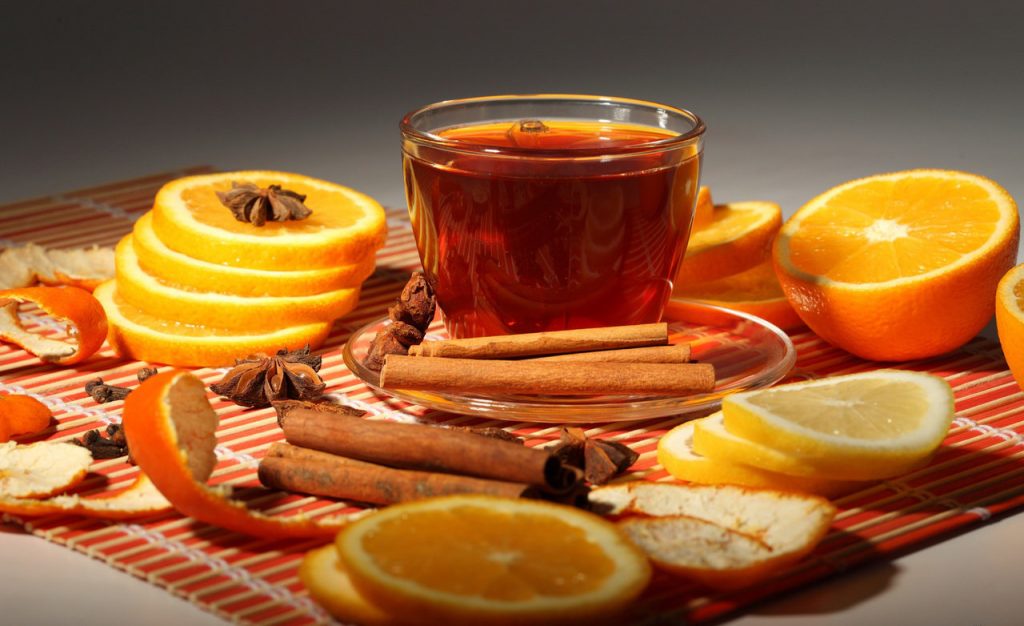 The traditional Chinese tea ceremony, Gongfu Tea is an incredibly detailed process, down to the elaborate designs on its small pot and cups. The ritual also involves a tureen, strainers, tongs, tea towels, a brewing tray, and “scent cups,” which are used solely to sniff—not drink—the very strong and bitter brew.

Guests are invited to smell the leaves before brewing. This is just the first of many steps, along with warming the cups with a wash of the tea’s first brew. The second is drinking, and the tea will be ideally be poured by arranging the cups in a circle, pouring from high in one continuous motion, around and around until each cup is full. Guests are expected to cradle the cup—and its accompanying saucer if there is one—in two hands, to sip slowly and savor the flavor, and then cradle the empty cup to relish in the aroma after the tea is gone. 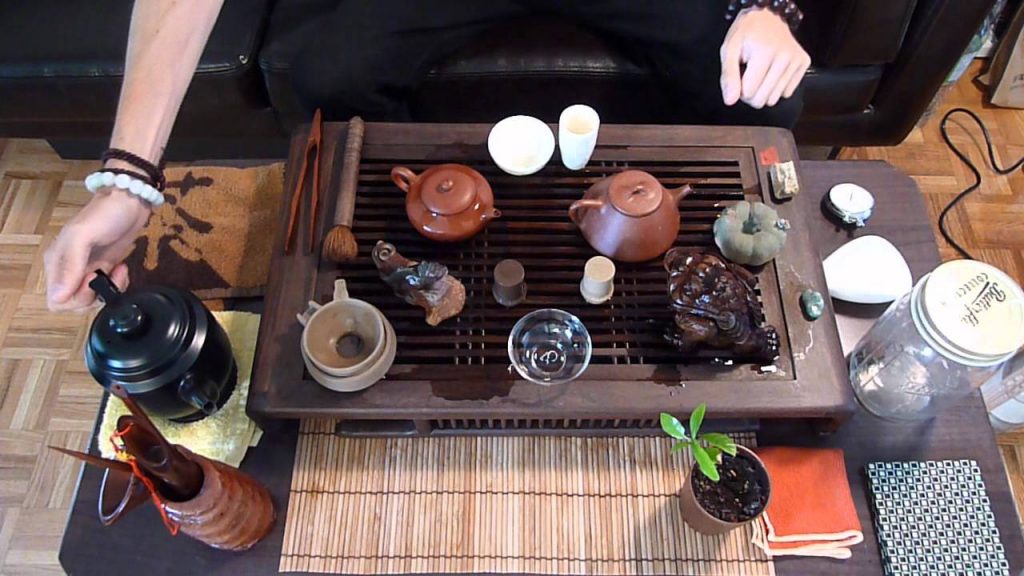 Like China, this island nation also has highly detailed tea ceremonies with names like Chanoyu, Sado, or Ocha. The movements of the brewer in these processes are carefully choreographed to care and consider the viewpoint of the guest being served. These ceremonies include everything from the preparation of the home to how guests are invited into it, the order in which utensils are brought into the room, the cleaning and warming of these tools, the actual brewing, and the cleanup. Details vary depending on the time of day and season, but the powdered green tea Matcha is the preferred blend. It is served with sweets to play against its bitter flavor. 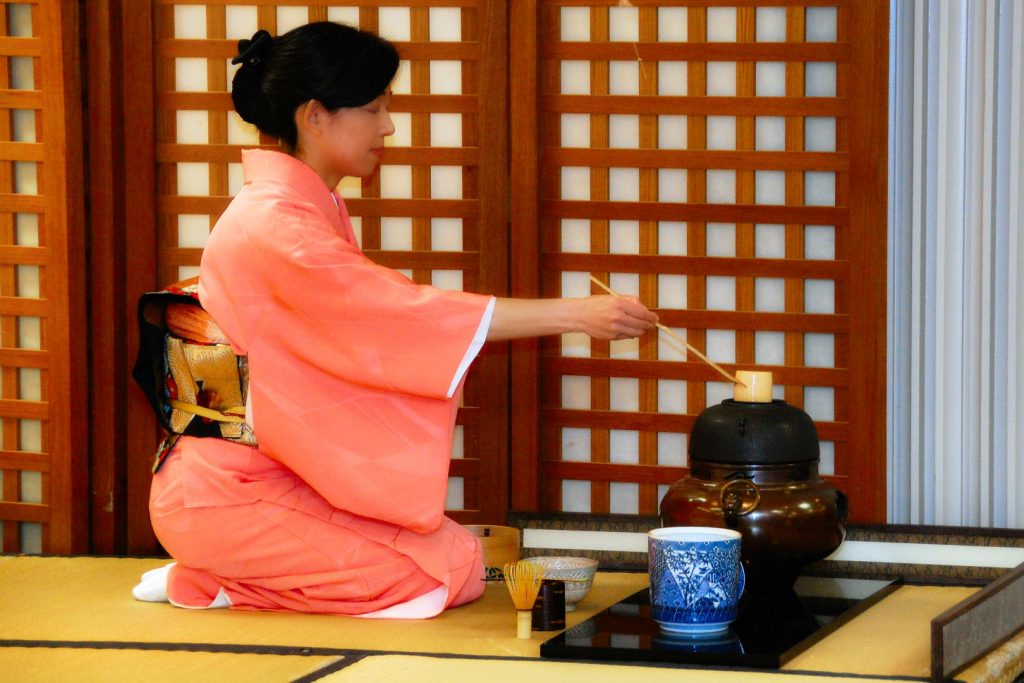 Tea was introduced to England in the 17th century, but the iconic British tradition of afternoon tea took nearly another 200 years to catch on. In 1840, standard meal times placed lunch at midday and dinner late, around 8 p.m. or so. Anna, the seventh Duchess of Bedford, requested her household staff prepare a sort of mini-meal around 4 p.m., where tea and a selection of cakes or small sandwiches would be served. Her example inspired the upper class, and then spread across the country, spurring the proliferation of tea gardens where customers could enjoy tea and cake in a lovely setting. Today, tea is a major element of Great Britain’s identity and day-to-day life. 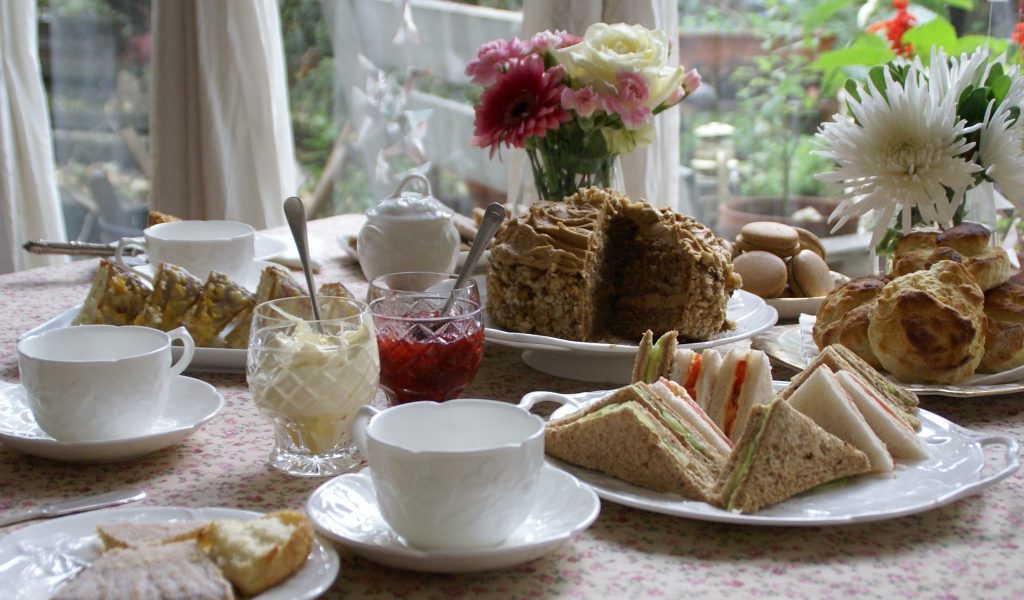 This Southeast Asian country’s signature brew contains black tea, sugar, and condensed milk. But what makes Teh Tarik or “pulled tea” special is how it’s mixed. To achieve its distinctly frothy texture, Malaysian brewers pour the beverage back and forth between mugs, giving the liquid repeated access to cool air as it flows from one glass to another. As this tradition developed, so too did the showmanship of its making. To watch teh tarik being mixed is to witness an elaborate and energetic dance, where the brew behaves as a partner, leaping to and fro without a drop ever being lost!